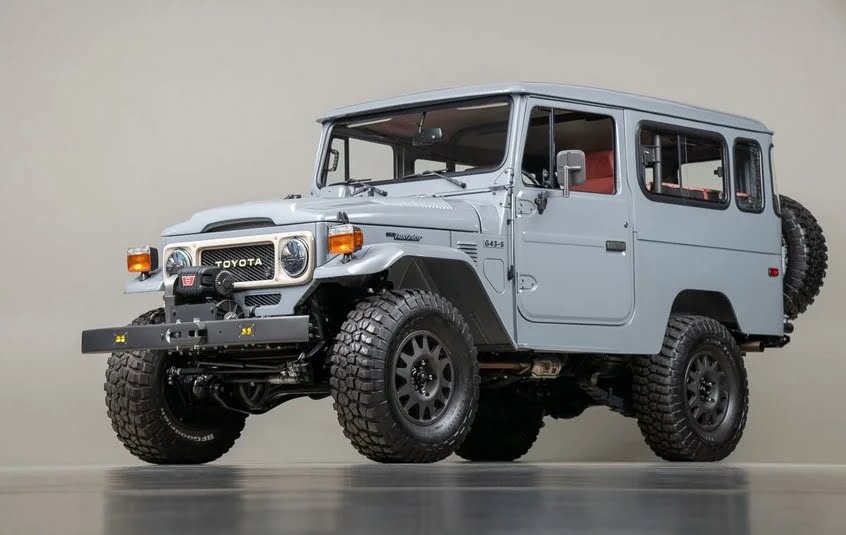 If you start the conversation about Toyota Land Cruiser, it is worth noting that each model is considered a cult. Any model has the power to claim this title, however, consumers prefer the 40th series.

The moment of its appearance on the market was long, but after 24 years it was withdrawn from sale. Nevertheless, there are still companies that are engaged in the restoration of this kind of car. A classic example of such a company was FJ Company. She was presented with a restyled version of the Toyota legend FJ40.

The company, based in America, was closely engaged in the revival of the series. However, this work cannot be called a truly classic restoration, since not only original spare parts were used in the process, but also modern options.
It is worth considering that today's cars Toyota contain in their composition V6 1GR-FE 4 liters. The presented model will also be equipped with it. Magnuson as a mechanical supercharger allowed to increase the power of the unit to 320 hp.

The steering system is put in order according to modern fashion. Similar touched and disk brakes. Appearance remained in its original form. The body was restored from galvanized metal sheets.

From what you can see, the restorers updated their leather systems, equipped the interior with a powerful sound system and upgraded the anti-lock system.

Unfortunately, it is extremely difficult to find out the genuine price of a car. The dealer of Canepa, through which the distribution of cars is carried out, informs the price only if you contact the center directly.