Volkswagen presented a new version of the hatchback Polo 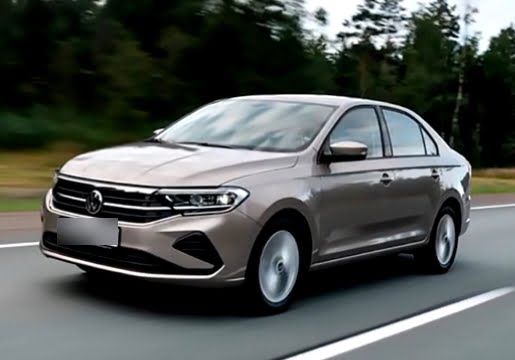 The success of the Volkswagen Polo is confirmed by its 45-year history. The car was first presented back in 1975. Since then, the world-famous brand has regularly updated its brainchild, thereby striving to please the modern consumer, to satisfy all his needs. The most recent version of the Volkswagen Polo replaced the sixth generation presented to the world in 2017.

The novelty boasts new optics and bumpers, but the dimensions of the car remain the same. The front of the car in many ways resembles the "face" of its older brother (including the LED strip that unites the headlights has been preserved), but it has its own characteristics. The Volkswagen Polo optics are fully diode, the DRL strips have become double. Ready to fork out? For little money, you can get IQ.Light, matrix head optics, which allows you to see passing and oncoming cars on the road much better.

As for the rear optics, they are also diode (even in the basic configuration). Speaking about the features of the rear of the Volkswagen Polo, it is worth highlighting the presence of its own individual headlight section at the fifth door.

In the course of updating the car, its manufacturers decided to change the position of the model name. Now it can be seen not from the side of the lid, but directly under the emblem. The latter has significantly increased in size.

Fans of the Volkswagen Polo will also have surprises inside the car. Here the new steering wheel catches the eye, which, by the way, vaguely resembles the steering wheel of a Golf, an air conditioner with a sensor unit and comfortable strips for temperature control. Changes have also been made to the optional multimedia system. The Discover Pro has a 9,2-inch display. It, in combination with a virtual 8-inch dashboard, makes the Volkswagen Polo as modern as possible.