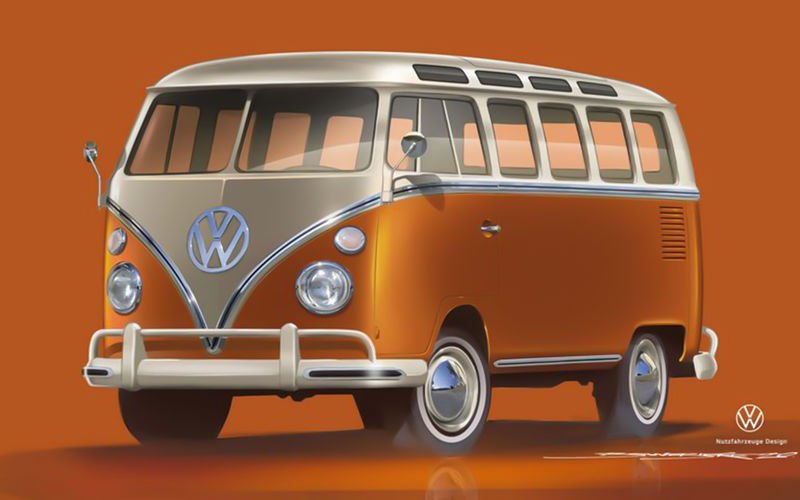 Fans of Volkswagen minivans can rejoice, the carmaker is preparing to present the new e-Bulli, during the creation of which the masters focused on the base of the T1 minibus. Company representatives emphasized that the new electric van will become a kind of bridge connecting the past and the future. More precisely, it will become a bridge between the T2 van and the new ID. BUZZ (scheduled for release in 2022).

The novelty will have the characteristic features of old minibuses, but its design is more modern. So did the experts and her interior. Among the important features of the e-Bulli include round LED optics. Working on all the elements of the interior of the minivan, the masters did everything to ensure that they visually harmoniously fit into the popular retro concept.

In the manufacture of chairs was used genuine leather, the floor is covered with wood. The tray is equipped with a tablet, using which the owner of the e-Bulli will be able to turn on and off various options of the car. Another important “trick” - the model received a hinged roof.

As for the technical characteristics, here the emphasis needs to be placed on a good electric drive power, at 61 kW and 212 Nm of torque, the model accelerates to a maximum of 130 km / h. A single charge of e-Bulli is enough to overcome an impressive 200 km., This was made possible thanks to a capacious battery (45 kW / h). According to preliminary data, for anyone who decides to become its owner, Volkswagen will have to pay 64 euros.