Official teasers of Hyundai i20 appeared on the network 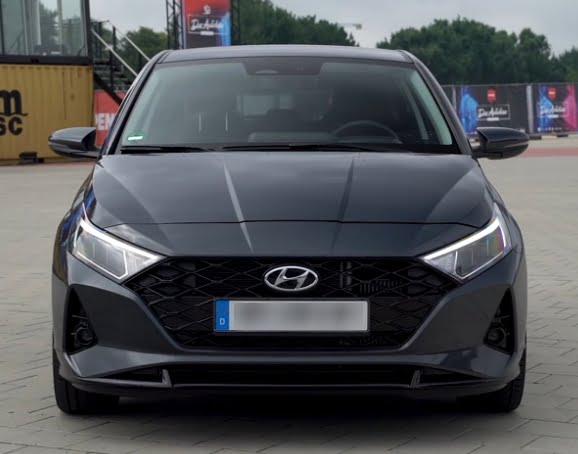 In anticipation of the official premiere of the new product of the giant Hyundai, motorists can enjoy new teasers of the updated i20. The network has two fresh pictures of the "charged" aggressive hatchback. Experts have already studied them and came to the conclusion that the updated modification will differ from the previously presented Hyundai i20 N Line in a number of parameters. In particular, against the background of its predecessor, the novelty will stand out with enlarged front air intakes, a huge front splitter and a neat side skirt. The Hyundai i20 can also boast a roof spoiler and massive exhaust pipes. Not without a small decor in the form of the N logo on the brakes, which, by the way, have become more powerful.

The i20 hatchback differs from Hyundai i20 N Line in ground clearance. It has become relatively smaller. Another important characteristic of the car is the original design of 18-inch rims. Speaking of design, one interesting point cannot be ignored - the car body will be two-tone. The manufacturer made the popular Performance Blue as the main shade, Phantom Black as an additional contrast. In the latter, in particular, the hatchback roof is painted.

There were some surprises in the cabin, where the driver will find a sports steering wheel, as well as two "buckets" that fit the body. As for the technical characteristics of new items, they still remain a mystery. True, nosy journalists claim that the Hyundai manufacturer has decided to rely on a 1,6-liter petrol 4-cylinder turbo engine capable of nominally producing an impressive 204 hp. from. Along with this engine, you should expect a six-speed manual gearbox, complemented by an optional or standard (optional) high-friction differential.