Photos of the new serial Nissan Z appeared on the network 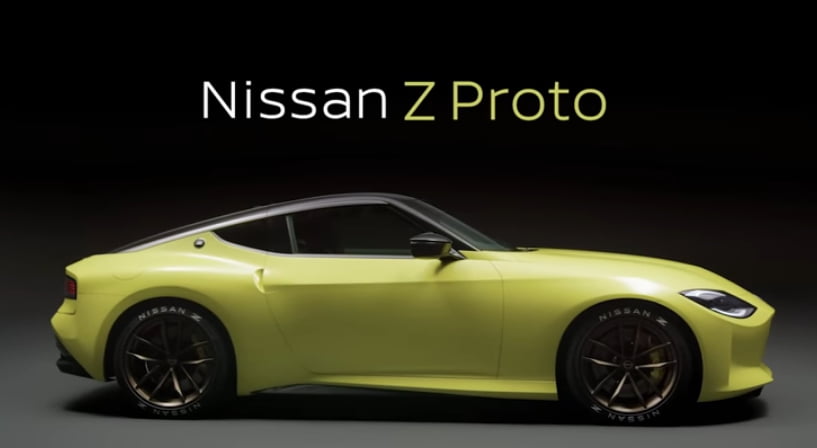 It's no secret that the brand new Nissan 400Z, which has been designed to replace the 370Z, is set to go on sale in 2022. Fans of the brand did not expect to see a photo of this car at the beginning of this year, but a miracle happened. The corresponding pictures appeared on social networks. The spies managed to catch the "fresh" sports car Nissan Z during its transportation. Thus, today we have an idea of ​​the appearance of the long-awaited car, created by a large auto concern.

It became known that the coupe will closely resemble the Z Proto concept car. The latter has a lot in common with the Nissan Z. This is a front panel decorated with a rectangular grille. This combination was presented in a "retro" style (like the rear lights). It is harmoniously complemented by stylish headlights with dark yellow turn signals. From the Z Proto, the brainchild of Nissan also inherited the sleek sidelines. However, the 400Z has some unique features. We are talking about almost invisible door handles, reflectors in red, located above the wheels at the back. In addition, a double exhaust system crowned the glossy black rear of the car. Not without a neat little spoiler.

The interior of the 400Z at Nissan has also done a great job. Inside, the driver will find a three-spoke steering wheel (another similarity to the Z Proto), a 12,3-inch digital instrument cluster and a modern multimedia system with a compact display.

Officially, the Nissan 400Z will be unveiled at the end of 2021. As for the technical characteristics of the car, here we are talking about a 3-liter V6 engine, an engine with "double" turbocharging (identical to that installed on the Infiniti Q60). The sports coupe is capable of boasting 406 "horses", an impressively large torque equal to 474 Nm.