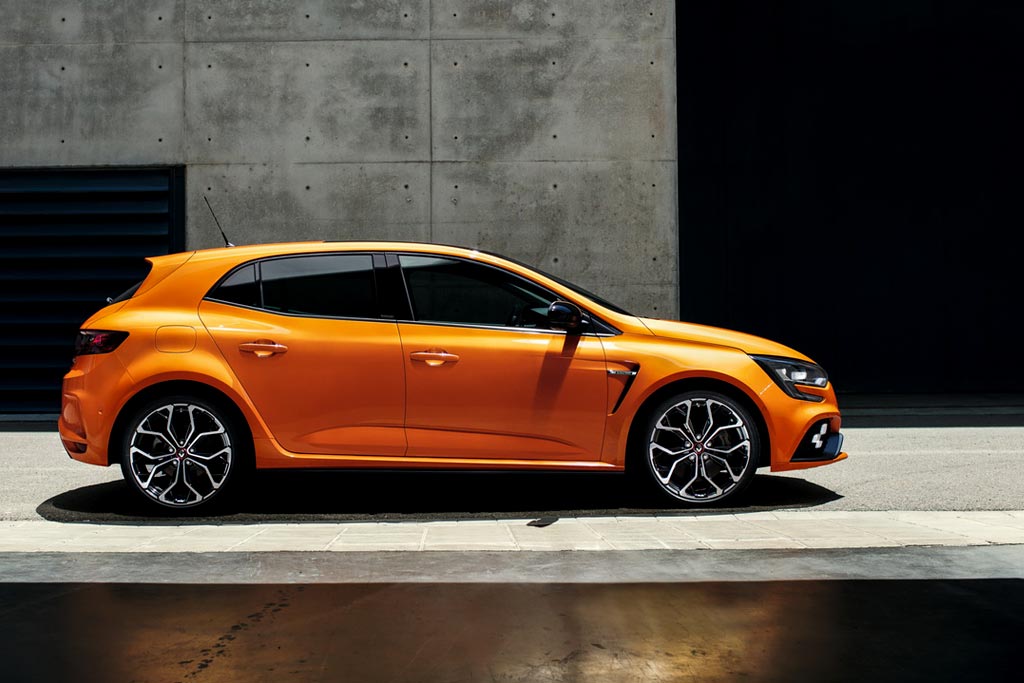 On the Internet there were fresh photos of the new modification of the hatchback Renault Megane RS 2018, which is designed to compete with the VW Golf GTI and Ford Focus ST.

The debut of the updated Megane RS 2018 car was supposed to take place back in May, but the French decided not to rush and showed the public a camouflaged car, driven along the well-known track by the driver of the Renault team in Formula 1 races Nico Hulkenberng.

And let the Renault Megane RS 2018 was previously declassified in the photo of the patent of the car, in fact, recently laid out in the network photos became the first pictures of the charged hatchback "Megan" without camouflage.

Recall that the model that preceded the hot Megan, was withdrawn from production last year. According to insider data, Megane RS 2018 was equipped with an 300 power plant, a manual transmission with an EDC transmission, which has a double clutch.

The official premiere of the Megane RS is scheduled for September 12 and will be shown at the Frankfurt International Motor Show.

Perhaps this instance will in the future replenish the lineup of the car of the French brand Renault, represented in the fleet of the company "TransLux". In any case, this is an interesting model that deserves close attention, both from transport companies and from ordinary motorists.