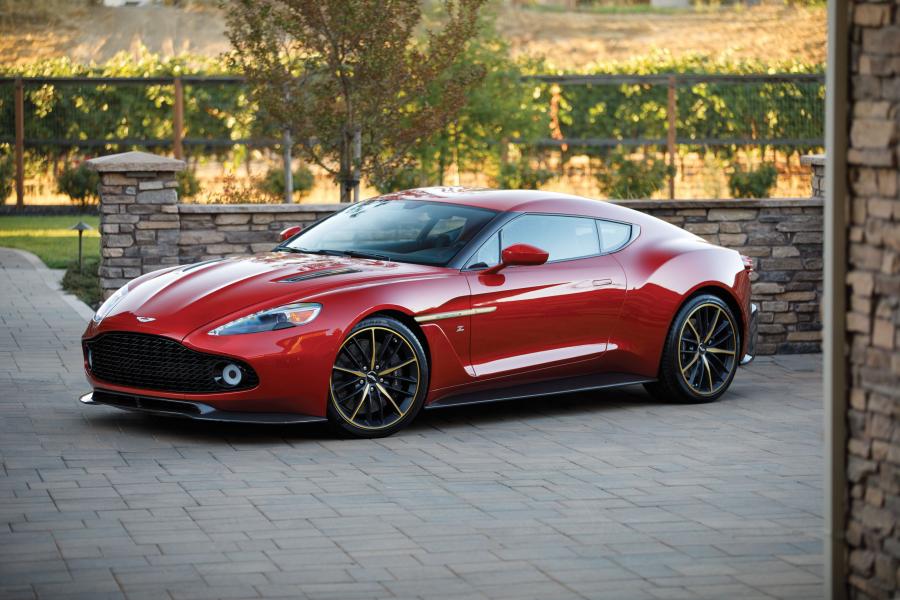 The PistonHeads portal was used by the owners of a rare Aston Martin. The owners of the incredible speedster Vanquish Zagato decided to put it up for sale. The car is painted in a deep red color (the shade is called Lava Red). She attracts not only with a pretty exterior, but also with the minimum mileage (it was only 72 km), which she "dripped" due to running-in at the factory, as well as during the delivery of the vehicle.

According to official figures, there are 28 pieces of Vanquish Zagato in total. One of them is looking for a new owner. The unique lot looks like new. And all because they kept it under special supervision. For such a car, its current owner wants to bargain for at least 845 pounds sterling (more than 000 million dollars in translation, taking into account the current exchange rate). The price for such a sports car is more than reasonable.

Recall that the brainchild of the British brand, the speedster, which received an Italian unique design, was first announced in 2016. It was presented to the world as part of the limited edition Aston Martin Vanquish Zagato (it includes 4 models, including a shooting break, as well as a standard cabriolet). The unusual car turned out to be the rarest in its family. If its brothers were collected in the amount of 99 pieces, then Vanquish Zagato was released, as already noted above, only 28 pieces. The premiere of the luxurious speedster took place at the Elegance Contest. Interestingly, the car debuted at Villa d'Este in the same color it is available for purchase on PistonHeads today.

Rare Aston Martins do not appear on sale often. The last time something like this happened in 2018, when Sotheby's exhibited a lot of Vanquish Zagato in the back of a coupe. Then the car went under the hammer for 637 thousand dollars, which is significantly less than they ask now for a speedster.