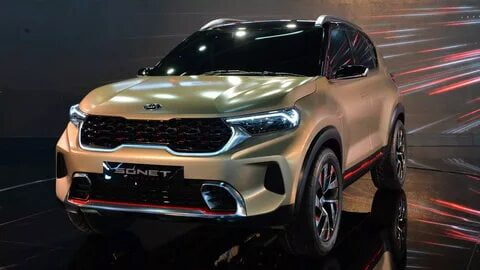 Despite the fact that at the moment both new products from the famous KIA concern are at the “prototype” stage, company representatives are confident that one of the cars will go on sale this year, closer to its completion. While experts do not have data on the approximate price of cars, but they are well aware of their features thanks to the presentation of crossovers in Delhi. The cars were named KIA Sonet and KIA Seltos X-Line. The latter, by the way, is a more “design-aggressive” version of the classic KIA Seltos, as for the Sonet, it was created from scratch. Its representatives from KIA are going to make the series of the same name, which is planned to be implemented not only in India, but also in other countries, the full list of which has not yet been disclosed.

At the same time, domestic experts suggest that it will be difficult to find this new product in the post-Soviet space. Car enthusiasts have the hope that in this market there will be no problems with the purchase of the Seltos X-Line, but here everything is ambiguous. KIA is in no hurry to make loud statements, trying to temporarily shift the focus of public attention to the features of crossovers, and there are many of them. Korean SUVs boast increased ground clearance, a modified suspension, differential lock. The power and performance of cars will directly depend on their performance. The new Seltos, for example, is presented in two versions that differ from each other not only in technical equipment, but also in design.