Hyundai introduced a prototype of the new generation Tucson model 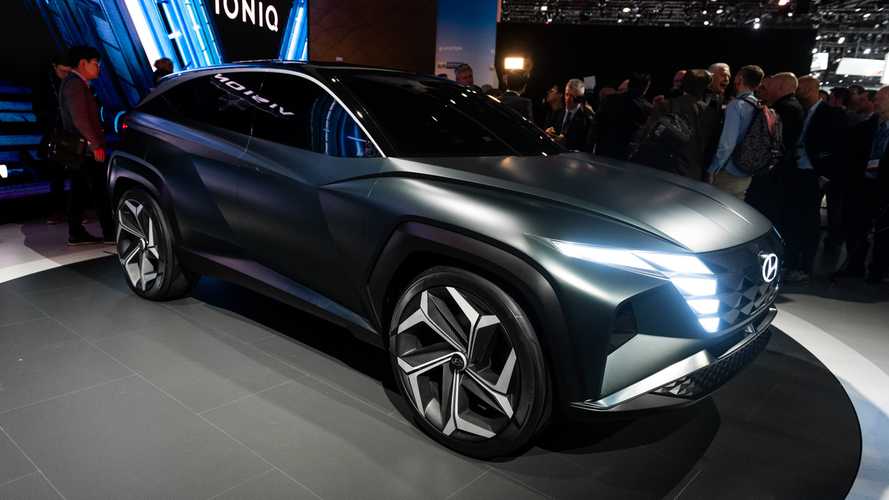 The motor show in Los Angeles was marked by the debut of the Hyundai Vision T hybrid crossover, which can be used to judge how we will see future SUVs of the brand, in particular Tucson.

the exterior of the car was designed taking into account the new design philosophy of the manufacturer Sensuous Sportiness ("Emotional sportiness"). This direction was first shown on the 8th generation Sonata sedan. Among the non-trivial design solutions, it is worth mentioning separately "hidden headlights", which visually look like a single whole with the radiator grill.

In the issue of the power plant, the concept will remain a hybrid with the probability of recharging from mains batteries. Specific values ​​of the characteristics have not yet been voiced, but they are encouraged that the new Tucson will roll off the assembly line next year.

It is preliminary known that it will be equipped with the new Theta2,5 3-liter gasoline engine, which will come in two versions: supercharged and without. The engine will work in tandem with an eight-speed automatic transmission.