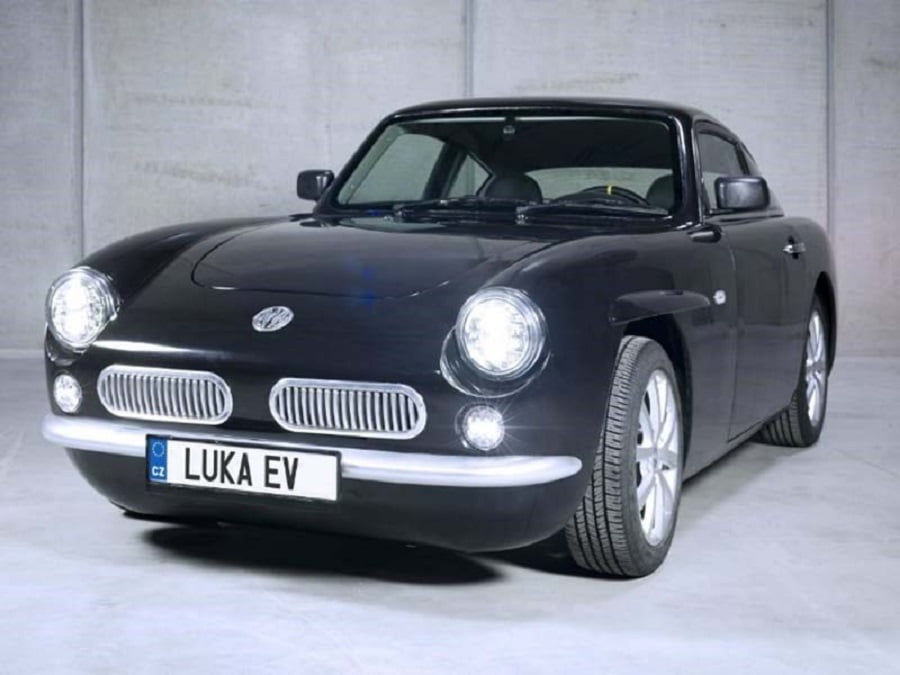 Czech Republic can not be attributed to the advanced countries for the production of electric vehicles, the auto concern itself is alone here, Skoda, which is only going to translate its models into electric traction. However, a small start-up tries to prove that in this country there is a place for the latest developments.

MW Motors did not raise money on the Internet and did not promise large returns to investors. Using the capabilities of the Hackaday resource, where various life hacks and free-to-use developments are published, they made the first coupe with motor-wheels launched in the series.

The new electric car called Luka EV is designed in the Neo-Retro style, in front it resembles the old models of Skoda and Volkswagen Karmann, at the back resembles the classic Aston Martin DB4.

The car is constructed on a space frame made of aluminum tubes and is equipped with four electric motors with a total power of 68 hp. The electric motors are powered by a cobalt-manganese battery with a capacity of 21,9 kW / h. the body was made of fiberglass, which provided the car with a fairly light weight - only 850 kg. One charge is enough for 300 km of run, maximum speed - 146 km / h, acceleration to "hundreds" - 9,6 seconds.

The new electric vehicle is still waiting for the crash test and certification tests, but at MW Motors claim that the cost of the coupe will not overcome the mark of 20 thousand euros. At the same time, the car received a good set: it has a leather interior, electric windows, multimedia system with a large screen and navigation.