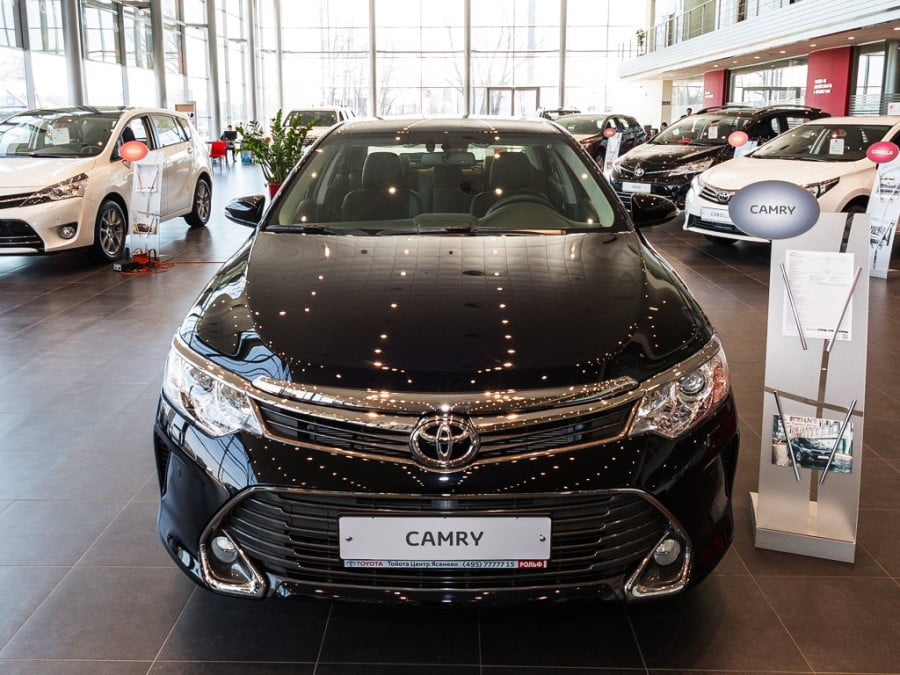 The number of Toyota Camry sedans sold in Russia has reached 400 thousand copies. This number includes all models from the 2002 of the year when cars were officially delivered to the country.

In modern realities, this is really a lot. An important aspect in achieving such an impressive result was that the vast majority of Camry sold in Russia were assembled at a plant in St. Petersburg. Starting with the 2007 year when it was built, it has produced more than 300 thousand Toyota Camry cars.

Most of all models of the seventh generation Camry were sold (198 copies), while sales of the new generation in a little more than a year exceeded 825 units. cars. According to the manufacturer, the new Camry has every chance of breaking new sales records. It is worth noting that in recent years the Camry has held high sales positions among sedans.