The famous VW Beetle has a Chinese "double" 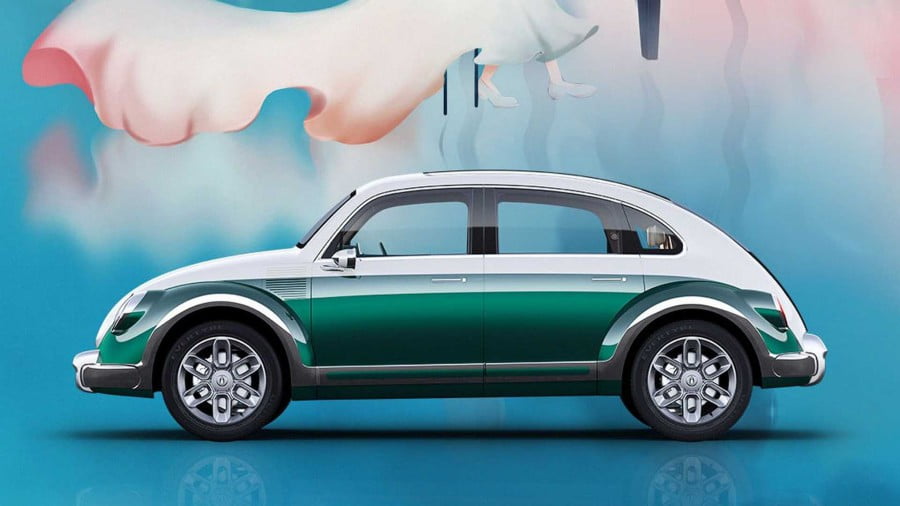 Almost a twin of the iconic VW Beetle is the Chinese electric car ORA Punk Cat. The style of the car is 100% similar to the style of the legendary "beetle". All guests of the Beijing Motor Show, which took place in the spring of this year, were able to make sure of this. Motorists did not have to wait long for the official start of sales, however, the manufacturer decided to surprise them by starting at the very last minute to correct the appearance of its new product. The designers have abandoned the old round headlights and classic taillights.

Instead, they focused on slightly elongated optics. The radiator grille has also changed, as well as the design of the rear and front bumpers. Also, the modified ORA Punk Cat was stripped of chrome linings, elements previously flaunted on the wheel arches. As for the charging port hatch, it "moved" to the right wing, near the rear-view mirror. Let us recall that air ducts were previously located here.

The reimagined ORA Punk Cat also boasts a large spoiler. Integrated directly into the tailgate, it is the main functional decoration of the stern. The designers did not leave unchanged and wheel disks, side mirrors. The latter, in particular, have become much larger.

As for the size of the ORA Punk Cat, everything is the same here. The modernization did not affect the dimensions of the car. The length of the electric twin "beetle" is 4401 mm, the width and height are 1867 and 1633 mm, respectively. The wheelbase remained at 2750 mm. The "green Chinese" weighs 1710 kg.

Under the hood of the ORA Punk Cat, motorists will find an electric motor that produces a maximum of 169 "horses". This is enough to accelerate to 155 km / h. The manufacturer does not say anything yet about the capacity of the traction battery. Both the information and the power reserve of the car remain classified.