The Skoda Octavia has a competitor from the UK 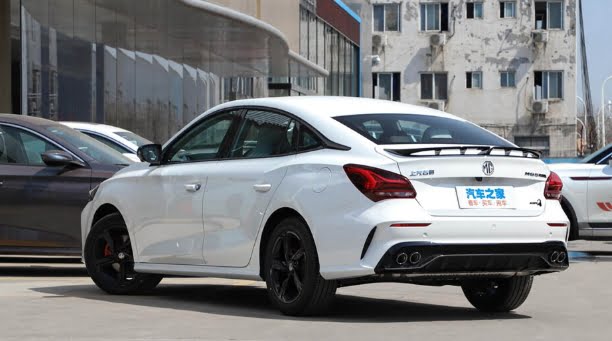 The main competitor of the hit Skoda Octavia has already been dubbed MG5 Scorpio. This is a brand new sedan representing the C-class. Its main features include a sporty (though not 100%) design. The transport is equipped with a modern turbo engine capable of producing 181 “horses” at the output.

A good look at the "British" allows fresh publications, official pictures. As for the official presentation of the MG5 Scorpio, it is expected in the near future. Moreover, a budget class C car will be available this fall. This, at least, is promised by Autohome employees.

So, what is so special about the Scorpio that the experts considered it a potential rival to the Skoda Octavia? First of all, it is worth emphasizing that this machine is an improved version of the MG5, a representative of the second generation. To become more sporty, the sedan has received a facelift. This procedure was carried out for the car quite quickly (2 years after the flagship debuted). In the Chinese market, the car will be sold for about 12 dollars (about 75 in national currency).

yuan). At the same time, it is reliably known that the modification will be presented in other markets. Including the start of sales in the CIS is expected. In this region, the MG5 generation is in high demand.

The unusual Scorpio attracts not only with a 181-horsepower turbo engine powerful enough for a sedan, but with a dynamic profile with an emphasis on an arch-shaped lid. The MG5 differs from its predecessor in the original grille, as well as modified headlights (LED optics have become narrower). Another important highlight of the car is the “brutal” front bumper and unusual hood. Add to that the quad tailpipes that protrude from the rear and you have a stylish sedan with sporty accents.