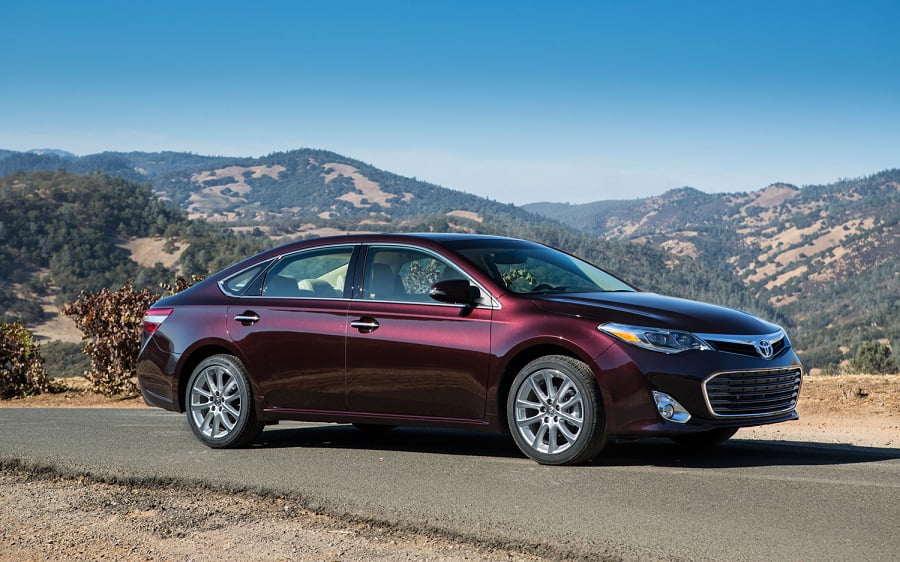 The Toyota Avalon model is not popular either in Russia or in the US and is noticeably inferior Toyota Camry  - the best-selling car in its class. However, the demand for Avalon in the US remains steady, so the Japanese are not going to withdraw the series from production.

Moreover, in the showroom in Detroit they presented a new generation of this model. It is made up on a modular platform and has grown substantially in size in all directions. For example, the value of the length of the sedan approached 5 m. Despite the increased dimensions, the car became lighter.

The changes also affected the design, which became more aggressive: a huge radiator grille and a lot of sharp edges are thrown into the eyes. Even falling to the rear of the roof can not hide the massiveness of the car.

In the new generation there will be a lot of "know-how". For example, expensive versions will be equipped with an 10-inch projection screen on the windshield. The information and entertainment system unit, located on the central console, will be integrated with the climate control unit. The manufacturer says that in the new generation the quality of finishing materials has grown, comfort and noise insulation has improved.

The new Toyota Avalon will be powered by the 3,5-liter V6 engine used in the Camry, as well as a hybrid powertrain composed of a 2,5-liter four, electric motor and battery pack. So far, no information has been received about the power of the engines. The start of sales of the new generation Avalon in the United States is scheduled for this spring. Export of the car to other markets is not planned yet.