Toyota introduced to the public the most economical Corolla 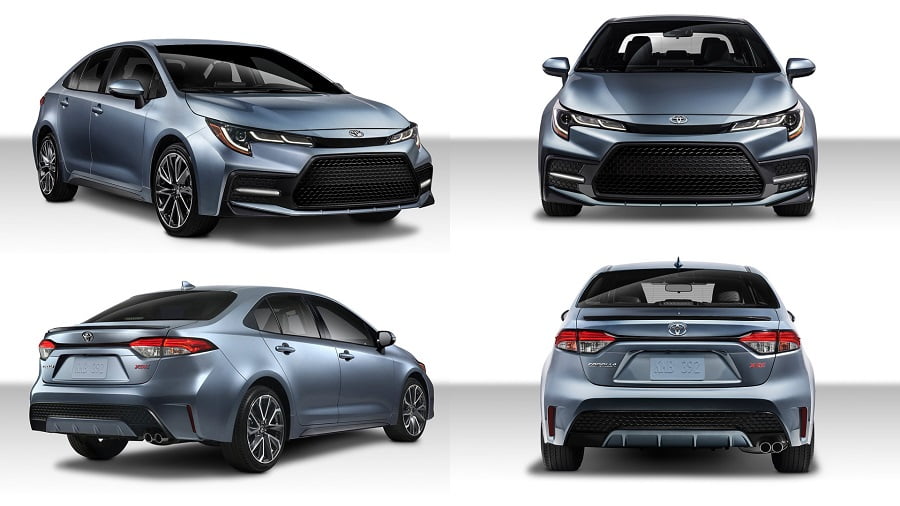 The Japanese automaker has brought a hybrid version of the Corolla sedan to the Los Angeles Auto Show. Representatives of the concern say that the fuel consumption of this car in mixed mode is 4,7 liters per 100 km.

The new, more economical Corolla was equipped with a hybrid powerplant, borrowed from the Prius model, which is composed of a four-cylinder petrol engine on the 1,8 liter in volume and two electric motors. In total, the power of the entire installation reaches 122 hp. By the way, the battery pack was placed under the rear seats, which allowed us not to sacrifice the useful amount of luggage.

There are three driving modes: Eco, Normal and Sport. There is also a special EV mode, which allows you to travel short distances on electric traction, but the manufacturer has not yet specified how much power reserve will be available with such a ride. By the way, in accordance with modern trends, the car is able to replenish electricity through the regeneration system during braking. In terms of equipment, the hybrid Corolla is almost no different from other cars in the class. The model will receive a set of Safety Sense auxiliary systems, which will contain components such as recognition of road signs, a warning about leaving a lane, adaptive cruise control and others. The car will go to dealer networks in the spring of next year. Will be implemented hybrid Corolla in the Russian market - is still unknown.