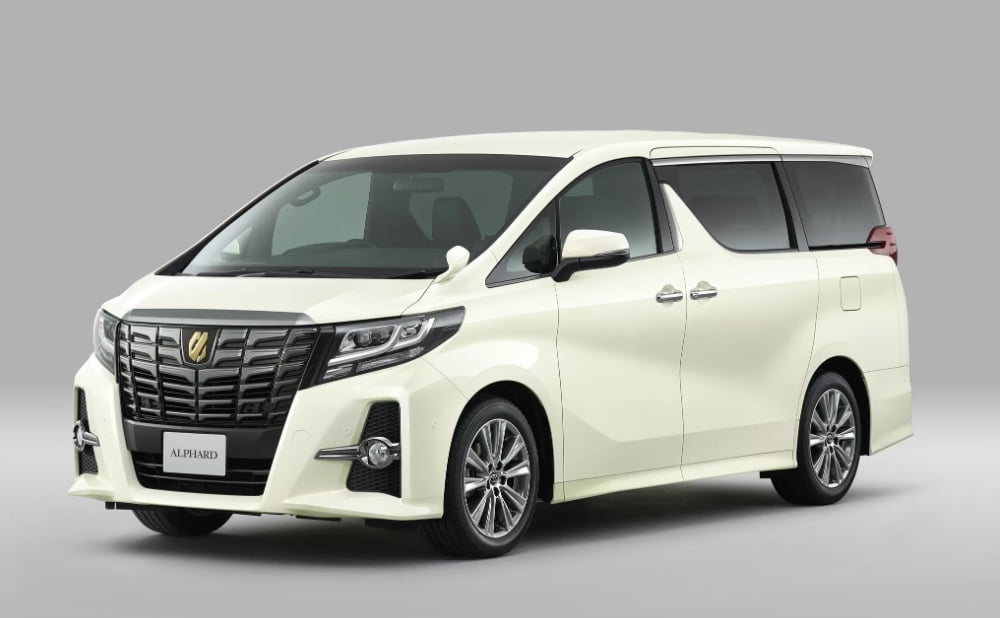 Even quarantine is not a hindrance for Toyota. On April 20, Toyota Alphard S Type Gold and Toyota Vellfire Z Golden Eyes were introduced. The show took place in Japan. The main distinguishing feature of the models is the golden accents.

At the Alphard S TypeGold, the front grille has a nice blackout, and the logo has a golden hue to give added aesthetics.

Vellfire Z GoldenEyes does not lag behind its opponent, although the emphasis is on other elements of the unit. The most attractive ones, as a result of the evaluation at the special show, were the front grille changed for the better, the window trim, which received additional dimming. Headlights decorated in golden color stand out against the general background.

The interior trim, in the presented models is identical to each other. Convenient inserts made of expensive wood are provided for the steering wheel and front panel, the ceiling and the casing of the racks are made in dark colors to give aesthetics. Trim material is represented by a combination of perforated suede and faux leather.

The electric drive designed for the rear side model, optics with LEDs and a convenient 100 V socket perfectly complements the current picture.

The consumer value of such cars in the world market is certainly high. Car dealers have high expectations. The Japanese market has never slowed down regarding the release of special versions. The presented models will appeal to lovers of voluminous "aspirated" (2.5 liters) and just four-wheel drive minivans. There is also an electric motor. Since sales will only begin in Japan, the price for each is fixed at 4 yen. Translated into Russian rubles, the price will be 240 rubles.