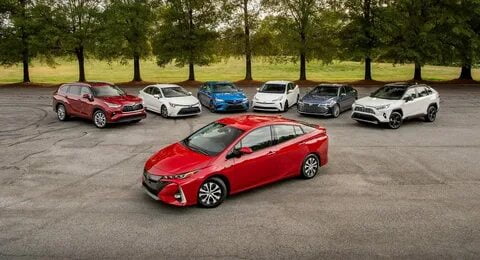 Toyota has been manufacturing hybrids for 23 years. Relatively recently, she announced that a car with a gasoline and electric engine was sold, which in turn became 15 millionth in history.

The company began the activity of hybridizing a car with the Prius model, which continues to this day. The model is stunningly popular among motorists. In total, the manufacturer is able to offer up to 44 models equipped with an internal combustion engine and an electric motor.

Among the huge number of competitors, such as Corolla, Camry, Toyota is not losing ground. Her statistics are as follows: 5 million cars sold on a hybrid basis in 2013, 10 million in 2017 and 15 million in 2020. Surprisingly, in 16 years it has reached incredible heights. So far, no brand can compete with her at this level. For every 5 million it took her 3 to 4 years of work.

Popularity in Europe is due to stringent standards regarding CO2 emissions. By all indicators in the world, Europe has the most stringent standards. According to Matt Harrison (vice president of Toyota Motor Europe), due to electric motors, the company's cars are able to work even without the use of internal combustion engines for a long time.

Now the production of hybrid cars is based on a gradual decrease in the role of gasoline fuel. And Toyota successfully copes with this task. Its record is a decrease in carbon monoxide emissions by 120 tons compared to cars with a standard ICE.

As mentioned earlier, the Japanese company is the distributor of similar models in Japan, Europe, America and Russia. Forecasts promise the manufacturer stable business in the automotive market, as Japanese quality is undeniable.