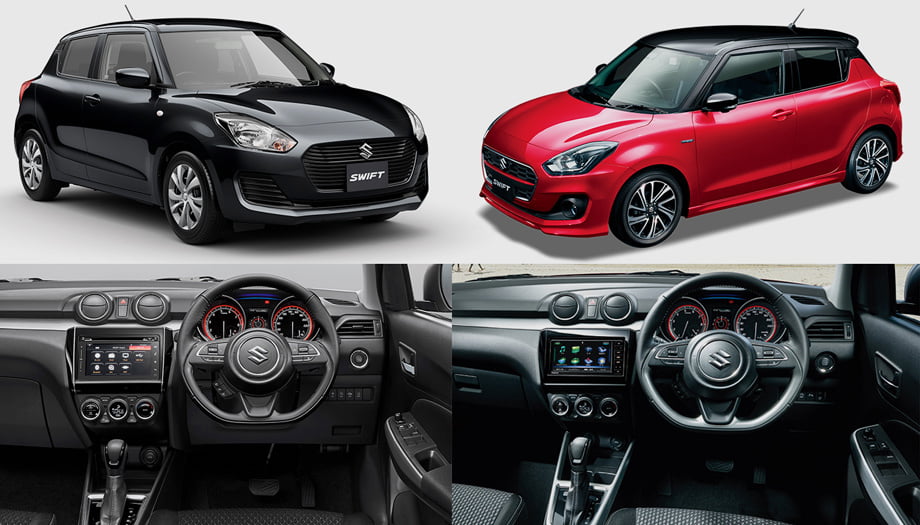 Car safety has always been in the first place for manufacturers. A striking example of this is the modernization of the fourth-generation Suzuki Swift. The model entered the market in the summer of 2016, had some success. This year, the manufacturer made adjustments to the car. Thus, the option has become safer, although the appearance has not changed.
What then has changed? It was decided to slightly change the shape of the radiator grill, to install easily alloy wheels on the wheels with the improvement of the interior. Good news for those who are tired of the same color Suzuki: there was an additional coloring of the model.

But this is all the little things compared to the main changes. Now Suzuki Swift has a modern security system that it has been lacking for 5 years. The system provides an estimate of the safe distance with the vehicle ahead, notifies if there is a chance of leaving the lane, monitor the “blind” zones, and report the presence of obstacles when reversing. A smart Japanese will automatically stop in front of an obstacle, read a traffic sign.

The manufacturer offers for purchase gasoline, hybrid versions of the car. The gasoline engine will retain its past performance of 1.2 and 1.4 liters. The electric motor in the standard version will be no more than 3 liters, and in the full version 14 liters. Previously supplied turbo engine with a volume of 1 liter. This year, it was decided to abandon it.

The price of a car is no secret; prices have already been announced in Japan. If you evaluate in rubles, then for the Russian consumer the standard Suzuki Swift will cost 1 rubles. A full-fledged version with a powerful electric motor and an increased warranty will cost 040 rubles.