Subaru WRX STI will get a more powerful engine 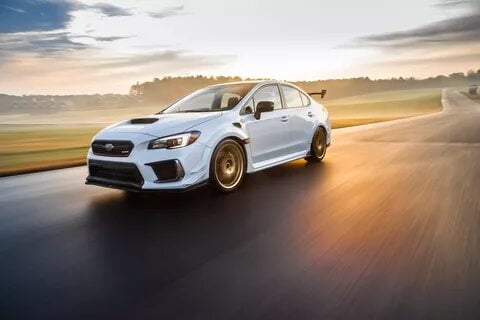 It's no secret who Subaru cars are considered among the best on the market. Technologies developed by the company are steadily moving forward. It will be possible to get confirmation in 2021, when the new generation WRX STI arrives on the market, equipped with a powerful engine over 400 hp.

Forbes informs motorists about this the fastest. The sources presented are not named, but are undoubtedly close to the Japanese concern. The only motor capable of delivering over 400 hp is the FA24. Forbes also reports the size of the engine. They will be 2.4 liters.

FA24 is an innovative development of the company. He replaced the obsolete EJ20. It was abandoned in September 2019. Actually, he stayed on the market for a long time, being an “oppositionist” since the distant 1989. On the Subaru WRX STI models of the previous generation, it was this engine. Insider information must be confirmed, because then we will get an excellent unit with high power and torque frequency.

There is a lot of talk about the EJ25, especially its use outside of Japan. In Russia, this 300-horsepower 2,5-liter engine is more than valued. But technology is advancing and it is highly likely that the FA24 will completely push its predecessor out of the market.

The presented model has great potential. The return of the motor for such a car will be rather big, which will allow it to reach the level of the German automobile industry and “squeeze” them on the market.

Subaru WRX STI is somewhat reminiscent of the Viziv concept. Recall that it was introduced in 2017 in Tokyo. It has a pleasant appearance, for which Japanese motorists liked it.

They do not speak directly about the presentation of the car, but I want to believe that the premiere will take place closer to the end of 2020.