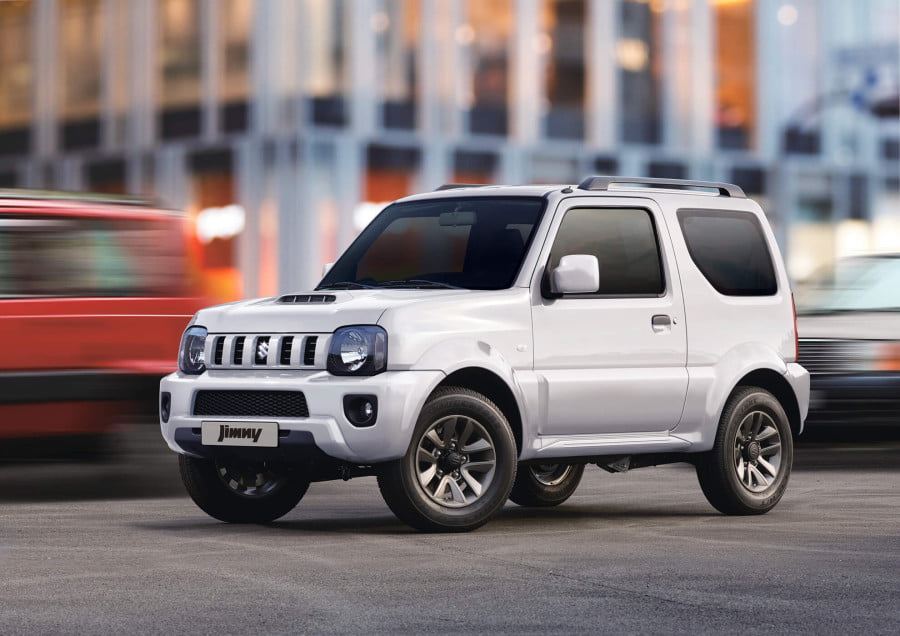 The updated model Suzuki Jimny Russians were looking forward to. And now it is officially sold in our market. In the dealer network, the car will be offered with one engine, two box options and three trim levels.

In fact, there are only two trim levels - standard GL and maximum GLX. Given the fact that the buyer is offered a choice between a manual and an automatic, there are three complete sets. It should be noted that the model’s solid equipment is already in the basic version: there is ABS and ESP, air conditioning, heated seats, power windows, and a multimedia system with Bluetooth. Among the options available are a system of assistance when climbing, a system of assistance when descending from a mountain, etc.

There are no tangible innovations in the maximum configuration - the air conditioner has been replaced by climate control, the multimedia system has a screen, there is a headlight washer and electric heating of the side mirrors.

An unpleasant moment - in all trim levels there are only 2 airbags, while in most similar European cars their 6. The representative office of the Bavarian manufacturer explained this injustice by the too high price of a car with this design.

In addition to all of the above, design innovations will appear in the form of LED headlights and alloy wheels. As for the design in general, the appearance of the car has changed a lot: chopped body shapes began to be used in the SUV, which made the silhouette more serious.

Regarding technical characteristics and design, Jimny still has a spar ladder frame, a dependent suspension and a four-wheel drive with a transfer case.

The main innovation in the car is its engine. The previous 1.3 engine with a little more than 80 hp replaced by a new power plant. Its place was taken by an engine with a volume of 1,5 l and power of 102 hp, perfectly combined with several advanced transmissions - a four-speed Asin automatic and five-speed mechanics.