50% discount on the return trip
Moscow
Select your city:
Moscow St. Petersburg
The choice of the city will help to provide relevant
information about services and their prices in your city!
Office adress
Volgogradsky prospect, 2
Schedule
Daily, 24/7
Acceptance of applications 9: 00-19: 00
+7 (495) 649-07-59

It became known what will be the new crossover Ferrari 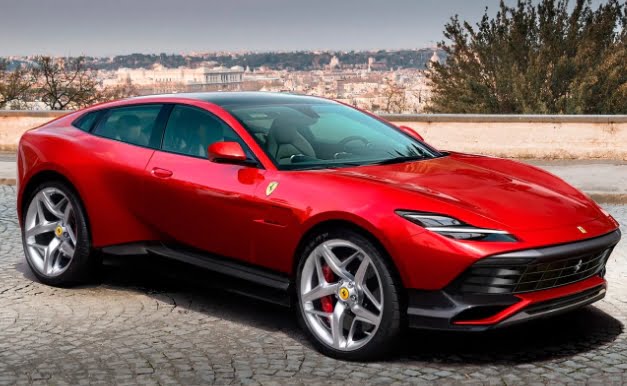 Heavily discussed in the automotive community, the Ferrari Purosangue is the first crossover for the Italian brand. According to the developers, this modification will captivate with its power and excellent handling (as stated, one of the best in the class).

Previously, Ferrari Purosangue has already fallen into the lens of reporters. However, before on the track he was always kicked out in a protective film. This time the car was seen without camouflage. His pictures were taken right in the workshop, where the craftsmen are working on assembling the new “Italian handsome man”. The original crossover should be officially presented in 2022. This, at least, is what Carscoops employees promise.

Judging by the new photos, the Ferrari Purosangue is a rather atypical car. Against the background of other crossovers, it stands out for its low landing and low ground clearance (however, at the same time, it was most likely equipped with an air suspension with ground clearance to be adjusted).

With its design, the Ferrari Purosangue is reminiscent of the SF90 Stradale, the famous supercar. What these two have in common are thin LED headlights and an emphasis on the “nose”. The design of the back turned out to be quite traditional. Here you can see the branded four lanterns.

Technical characteristics of the machine, the manufacturer is not in a hurry to voice. According to rumors, the Ferrari Purosangue was created on the basis of the Ferrari Roma in the back of a coupe. It is also possible that the Ferrari crossover will receive a pair of powerful engines, V6 and V8 power plants. These motors are capable of producing from 600 to 700 "horses" at the output. Turbocharged units can be supplemented by a hybrid system. As for the top modification with a V12 engine, the appearance of one cannot be ruled out either. Fans of all-wheel drive cars, the manufacturer is likely to disappoint. He can refuse such a transmission.