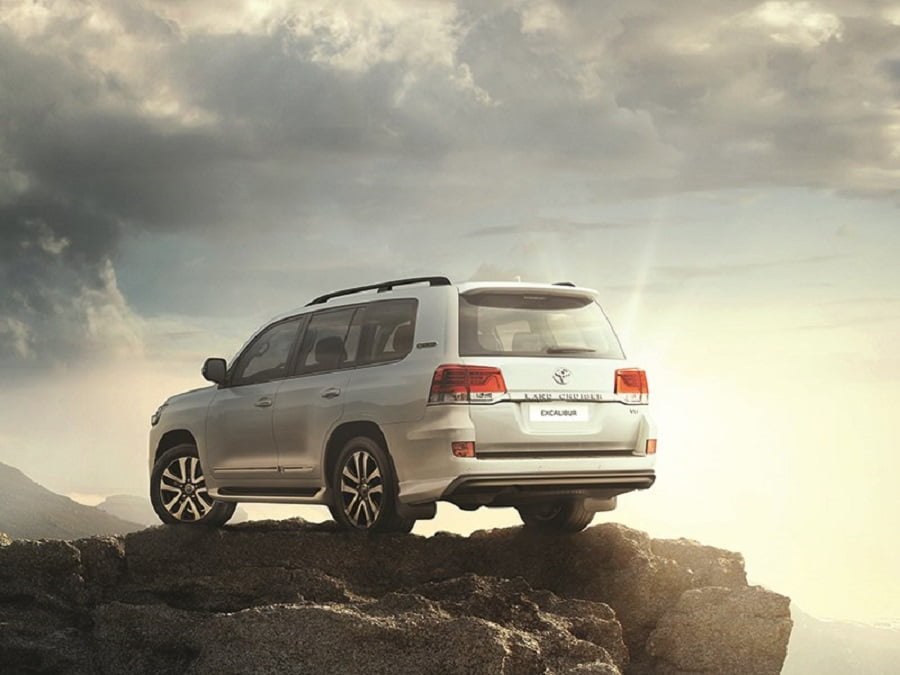 The company Toyota has released for the Russian market a special version of the SUV Land Cruiser 200, which received the name Excalibur. This version replaced immediately 2 versions of this model - Executive White and Executive Black.

The Excalibur version differs from conventional "cruisers" by the design of the front and rear bumpers, the edging of the fog lights, the radiator grille and 20-inch wheels painted in "dark chrome", tinted LED headlights and the special series emblem. The same emblem is projected with light when the car door is open in the driver's seating area.

Perforated leather with a diamond-shaped stitch is used for finishing the SUV. The special version of the Japanese car is equipped with a rear air suspension, winter package and active safety system Toyota Safety Sense.

Until the start of sales of this SUV, anyone who thinks about buying it can study the strengths and weaknesses of the model Toyota Land Cruiser 200, renting it with a driver in our company for a short or long term.