The official premiere of the Porsche Taycan 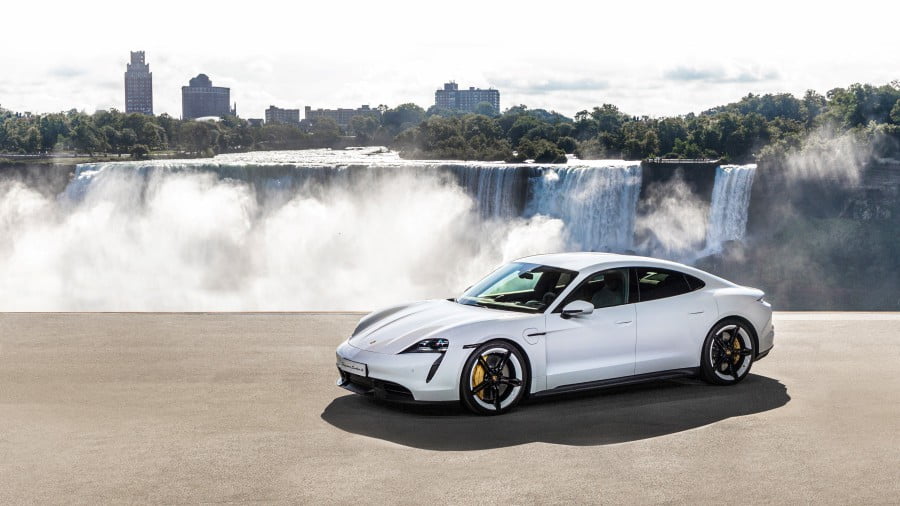 The new Porsche Taycan was presented simultaneously in Europe, China and North America. The company announced the priority of these three markets in the implementation of this model. It is noteworthy that Russian dealers are already taking orders for the new product.

Looking at the exterior of the car, it is difficult to notice differences from the Mission E concept, presented in 2016 at the motor show in Paris. The only thing that catches your eye - instead of the "suicidal" doors, as they were called in the concept, the doors are the most ordinary. There are no external rear view cameras - ordinary mirrors are used.

In terms of technical equipment, the Taycan is presented in two versions: Turbo and Turbo S. The power plants of the latest version, when the Launch Control function is activated, produce 761 hp. power. This allows the car to accelerate to the first hundred in 2,8 seconds. The less "charged" version of the Turbo reaches a maximum power of 680 hp, which provides acceleration to 100 km / h in 3,2 seconds. The maximum speed for both versions is the same - 260 km / h.