SKODA has posted official sketches of the KAROQ model 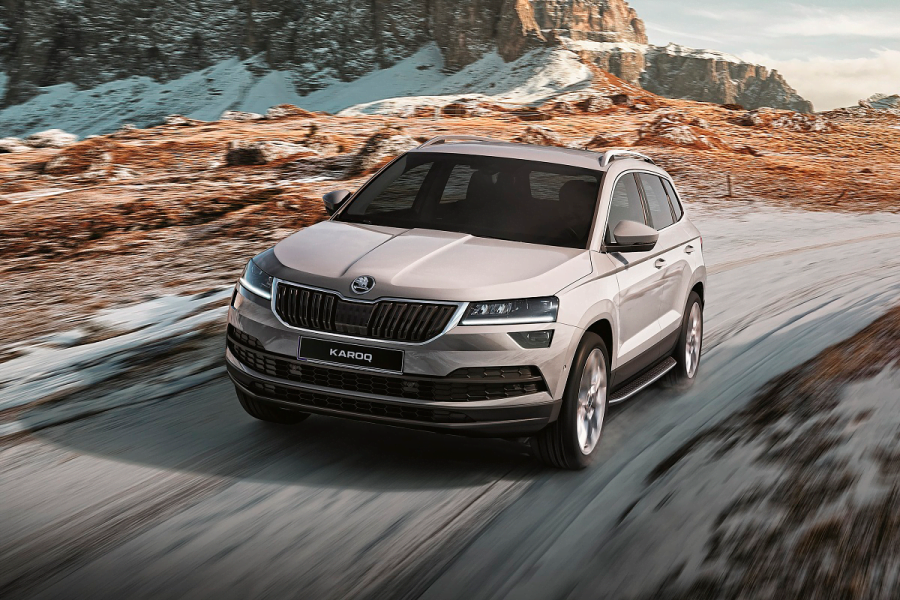 In 2017, the SKODA car company launched a new urban crossover on the world market. And not so long ago it was announced that this model will be improved, and its online premiere is scheduled for the end of November this year.

The other day the company published the first sketches of the updated model. On the first two, the appearance of the front of the Skoda Karoq is revealed in maximum detail. The radiator grill became many times wider and changed its shape to a hexagon. A large air intake is located on the lower part, and the headlights are much narrower than before, and they have been extended to the very grille. Their new and unusual shape is further emphasized by new daytime running lights, each with two elements. Further, below them, there is another lighting unit with fog lamps or a separate LED module - depending on the configuration.

The following sketch illustrates the view of the model from the back. An elongated look immediately catches the eye. Compared to the previous version, there is a rear spoiler and a redesigned bumper, where a black diffuser has been added. Apart from this, you can notice the new design in the more interesting shape of the taillights. Also, like the front ones, their shape is noticeably elongated, which helps to emphasize the width of the car itself more. Crystalline elements, which have become a hallmark of Skoda cars, are perfectly visible on lamps with characteristic lines in the form of the letter "C".

Finally, it is worth noting that the premiere of the Skoda Karoq in 2017 was a very important step in the development and formation of the company. It is hoped that this time this event will become no less significant and solemn.

The date of the online premiere of the updated version of the car has already been set - it is November 30, 2021. It won't be long at all to wait!