Serial car Volkswagen ID.Buzz will be presented this spring 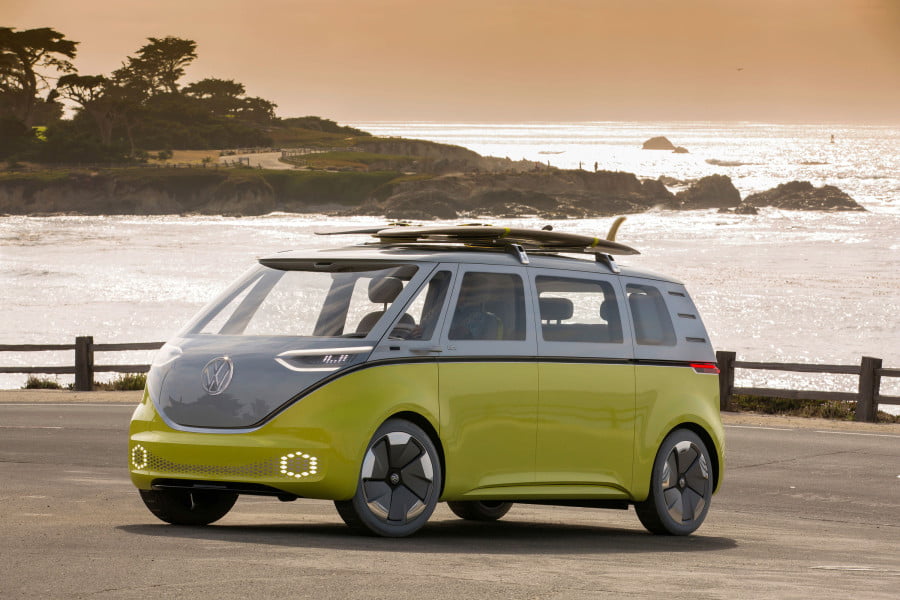 It's no secret that Volkswagen has taken on the development of an electric minibus. Prototypes of the new brainchild of the famous giant have repeatedly fallen under the scope of photospy lenses. Rumors that this transport will be presented to the world very soon have been circulating for a long time. As a result, representatives of Volkswagen themselves confirmed them. According to them, the official presentation of the minibus will take place in the spring of this year. As for sales, they will open in the third quarter of 2022.

Interestingly, motorists saw the very first prototype of the current production version back in 2001. But do not forget that in those days this kind of transport was more an idea than something really real. This is due to the lack of technologies that would make the daily operation of "green" machines simple and accessible to everyone. In 2001, there were not even normal Teslas (a whole dozen years remained before the presentation of the first real driving "Model S"). And yet, Volkswagen fans had no doubt that sooner or later the company would be able to realize its incredible idea.

The concept of the giant has evolved. At first, it had the features of a classic hippie car, a bus from the 60s. However, the new production version is far from this style. Much more close to her are the already presented modifications, representing the ID family. This can be argued by looking at the headlights alone, as well as the DRL of transport. In addition, the new brainchild of Volkswagen got compact side windows located directly in front of the front doors. All this points to the fact that we have a 100% electric car.

Recall that the MEB platform was chosen for the construction of Volkswagen ID.Buzz. As for the battery of the vehicle, it will most likely have a large 111 kWh battery.