Sedan Corolla is the undisputed leader in sales 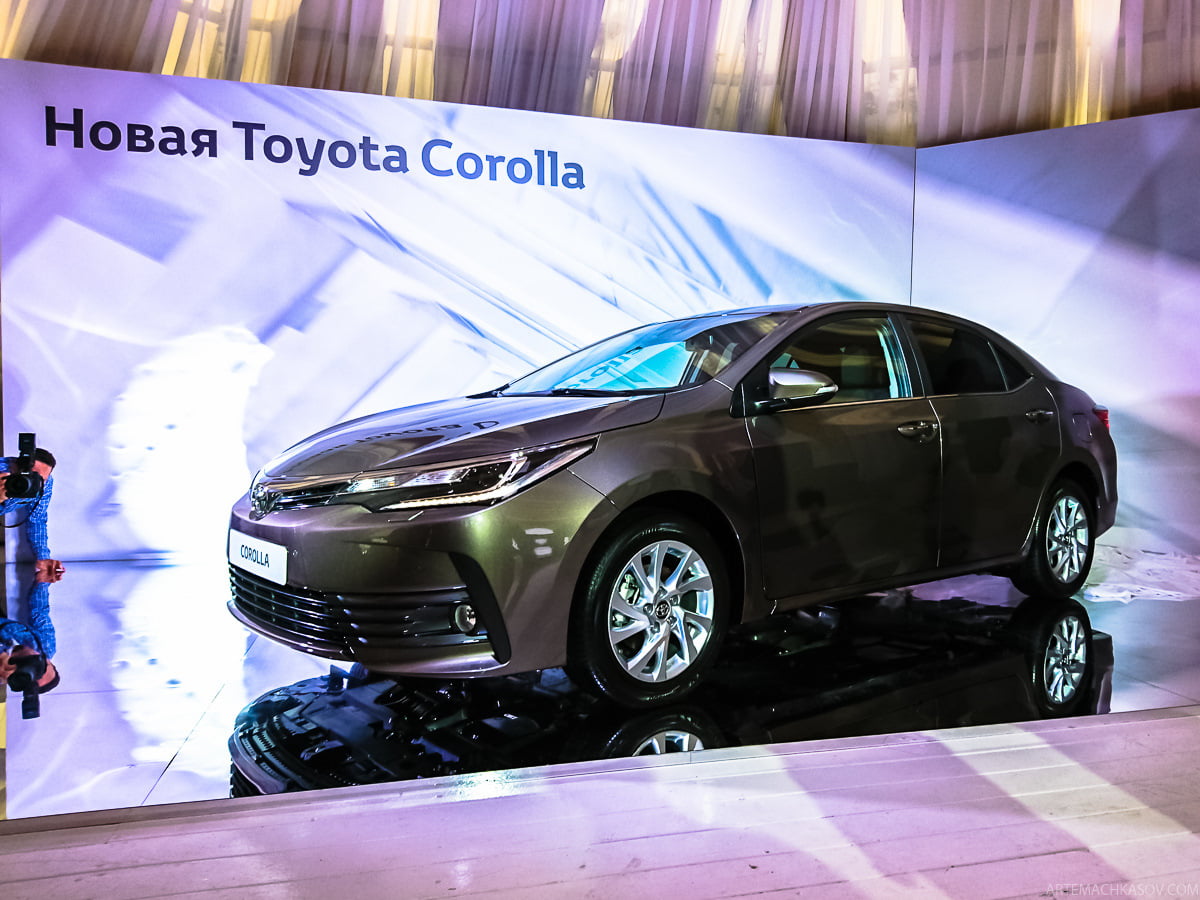 Currently, the Corolla sedan is the undisputed leader in sales in many countries around the world, bypassing in this discipline the "beetle" from Volkswagen. The exterior of the previous versions of the car has always attracted with its severity and laconicism, however, the car was not designed for the youth user. But it's left behind.
In the new generation, the car body is not recognized. There were many sharp lines that changed the geometry of the headlights, radiator grille. At the stern from now on, the nameplate "S" flaunts, emphasizing that the car is not without sporting excitement. In general, Corolla, as before, corresponds to fashion trends.

Changes have also occurred in the cabin. There was a new instrument panel of the European standard, in the center of which there is an excellent BC, although this device resembles something similar, which has found application in VW models.

The quality of interior trim at the highest level, like the assembly as a whole. Plastic expensive, no "bugs" can be traced, many individual components with aluminum spraying. Since all options and controls are located conveniently, the ergonomics of the machine can be set to the highest score. Armchairs are comfortable, soft, with front support and mechanical position adjustment levers. The salon is very spacious, on the back sofa even three passengers expect a comfortable expanse. The central tunnel is missing, the noise insulation is excellent.

The luggage compartment became more spacious - 452 l, although it is not the best figure in the class. The car is practical, designed for driving in a large city. All cars delivered to the domestic market undergo preliminary adaptation.

In a mixed cycle of motion, the sedan will require about 11 l. Fuel at 100 km. Run, again, the indicator is not the best. Having a body length slightly less than 5 meters, for a full turn the car requires 10,5 m, overall maneuverability is satisfactory. Dynamic acceleration (in fact) is slightly more than 12 sec.

There are a lot of modern options in the vehicle configurations: parking assistant, parking sensors, tracking cameras. A manual transmission or a variator is responsible for the transmission, which the engineers have upgraded, combining it with the torque converter. With soft suspension settings, the car is characterized by stable handling and stability on the course.

In the sedan trim levels are three power units. These are petrol engines producing powers from 99 to 140 forces.

During its existence, the machine has changed a lot. Today it is represented in 11 generation. It should be noted that cars delivered to the US market have cardinal differences from European versions.