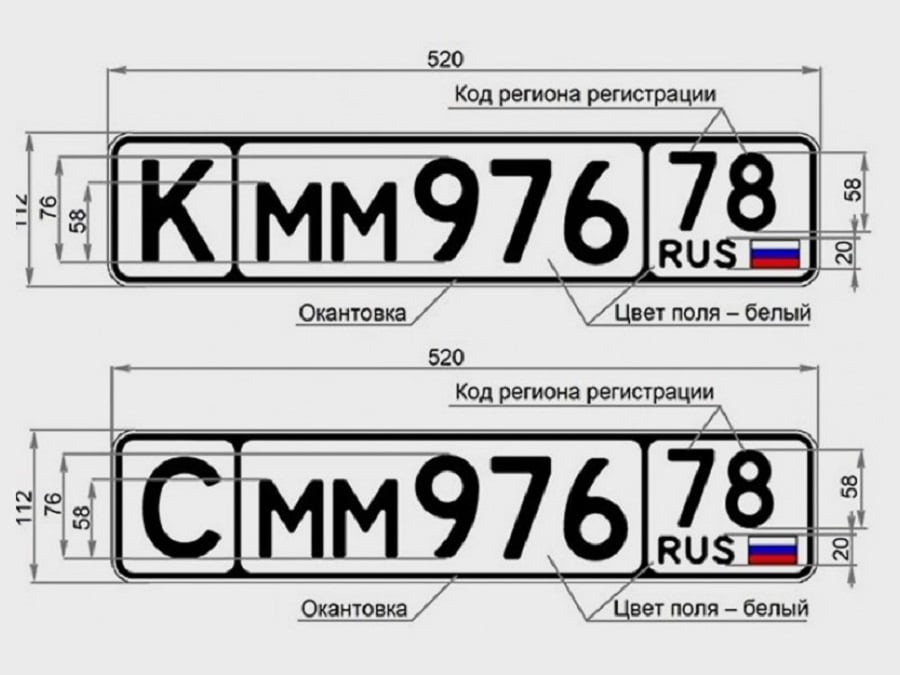 The Order of Rosstandart has been published, according to which new license plates are put into operation. In total 10 types of license plates for motor vehicles are provided.

The need for introducing changes has long been foreseen. In Russia there are many motorcycles and cars for which the use of standard numbers is associated with certain inconveniences. The initiative was taken by the research center of the Ministry of Internal Affairs dealing with traffic safety. In 2016, the specialists of the center formed and explained new requirements that correspond to modern parameters and the current state of affairs on the roads of the Russian Federation.

On the territory of Russia, about 8% of right-hand drive cars are in operation, which in quantitative equivalent exceeds 4 million copies.

These machines are equipped with standard standard niches for license plates, not at all adapted to the Russian size. Separate complaints caused the use of existing standards on motorcycles.

Now for cars produced in the US and Japan, new sizes of numbers are provided, and a new type for motorcycles is introduced. The new rules regulate the operation of special conditions for sports cars, retro cars, scooters and mopeds. The latter will receive a letter from the motorcycle that is different from the motorcycle. It is a question of mopeds and scooters with engine volume over 50 cm3, for vehicles with a volume less new rules were not introduced.