A relative of "Shiron", the brainchild of Bugatti will be brought to the tracks by 2024 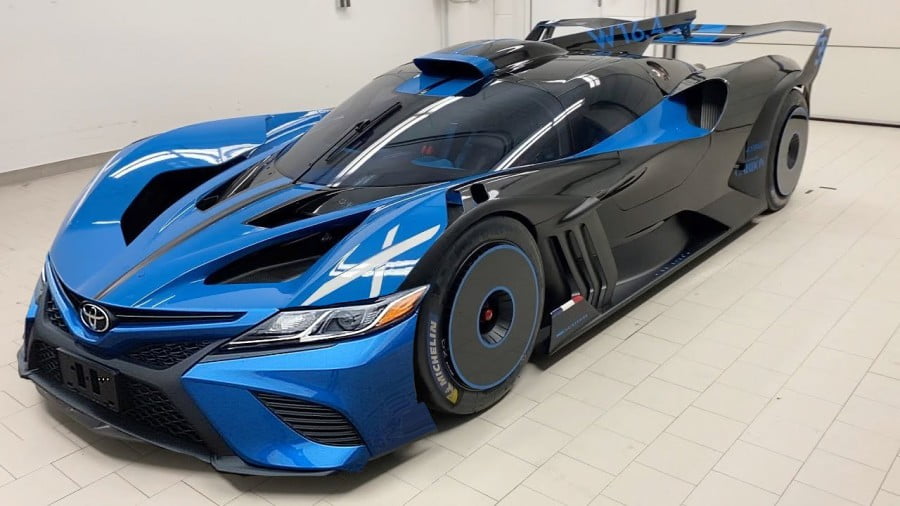 Back in 2020, Bugatti officially unveiled the Bolide hypercar. The company positioned its development as the fastest, most powerful and lightest, designed exclusively for driving on tracks. This project has turned out to be research in a sense. Few believed that he had a real future, however, Bugatti knows how to surprise. Representatives of the brand said that their engineers are already working on a commercial modification of the hypercar.

The concept car, recognized as the most extreme "relative" of the Chiron, is known to have been equipped with a new carbon monocoque. In order to increase the downforce indicator, the manufacturer used a modern aerodynamic body kit, which was supplemented with the same modern safety system (the kit was created taking into account the current FIA rules and requirements). These unique characteristics of Bolide will remain in the commercial version, however, as experts suggest, it will be less powerful.

There is nothing surprising in this, given that the prototype of the production car was supplied with an 1850-horsepower engine, taking into account the fact that the brainchild of Bugatti will run on high-octane fuel (used for racing cars). Filling such a new version of Bolide will not work. The hypercar can only run on regular gasoline ("ninety-eighth"), which means that its engine will be able to produce a maximum of 1600 "horses", which, of course, is a lot, but still less than that of the prototype. Thus, in terms of its technical characteristics, the updated Bolide will be as similar as possible to the Centodieci or Chiron Super Sport.

It will take several years to complete the development of a production car. This is a lot, so Bugatti representatives are in no hurry to talk about other technical characteristics and highlights of their brainchild.