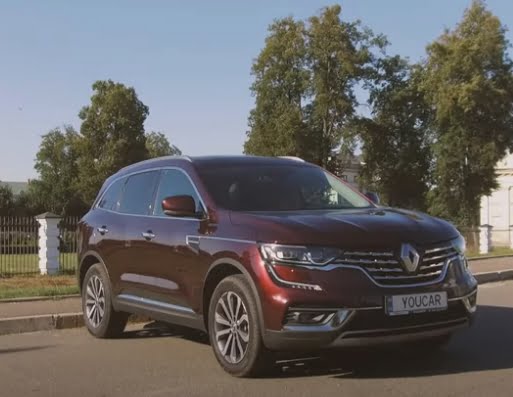 The French have once again proved that they know a lot about creating machines that can withstand the impressively tough competition in today's market. Renault representatives decided to keep up with Peugeot and Citroën, which regularly delight motorists with high-tech developments with a bold design solution. They presented a new all-wheel drive Renault Koleos. This car became a continuation of the already popular line, which was launched in 2016. They started talking about restyling Renault Koleos at the beginning of 2020, then motorists could not have imagined that the new brainchild of the French giant would be presented on the market in the near future. The manufacturer did not delay this event.

The all-wheel drive "fresh" Renault Koleos differs from its predecessor with a large interior. Additional space appeared not only in the back, but also in the front. The luggage compartment has also become more spacious, the volume of which is now 500 liters. The Renault Koleos driver's seat has become as comfortable as possible, its high seating position provides a good overview. Convenience is guaranteed for passengers, including those that are located in the second row of seats. The latter can be adjusted, thus changing their position, taking into account their own needs. Before restyling, Renault Koleos could not boast of such a function.

The changes also affected the technical characteristics of the car. Now it is gaining speed gradually, but on the track Renault Koleos responds perfectly to the pressure on the gas pedal. The latter is easily squeezed out at high speed, so the driver can go to overtake without problems. As for the electronics, Renault has equipped its top-end equipment with the most modern version of it. It boasts the brand new R-Link2 system, a model that supports both Android and Apple's Car Play.