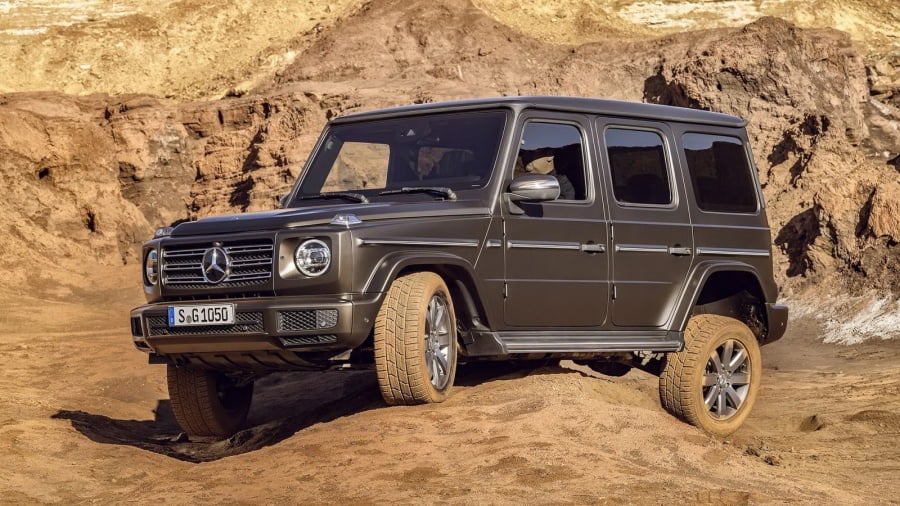 In January of this year, a new generation of Merceds-Benz G-class was introduced in the showroom in Detroit, and a month later official dealers named the cost of its most powerful version - G500.

This is currently the only option available to order. In the car, not only the power plant, front axle and independent wheel suspension have changed, but the price tag has also increased significantly: the basic model will cost 8 rubles, which is 950 rubles more than the previous version of the SUV.

If the exterior of Merceds-Benz G-Class has changed evolutionarily, then technically the most grandiose revolution took place during the whole period of the line's existence. The SUV was equipped with a mechanism for the front independent suspension and the usual for passenger cars steering rack with an electrohydraulic amplifier.

The interior of the car became more spacious (inter-row space increased by 15 cm). Now in the salon full package of electronics: the dashboard was borrowed from the E-class, it is made entirely virtual on the basis of the widescreen expansion screen. The second 12,3-inch screen of the multimedia system is adjacent to it. From the central tunnel removed the mode selection lever "automatic": it is now placed under the steering wheel. The quality of interior trim materials has significantly increased, according to the Germans, they had to work hard to keep the clanking sound of closing the doors.

At the moment, there is only one version of G500 available for sale, complete with 4-liter V8 biturbo engine, the power of 422 hp. According to the manufacturer, a little later the market will receive more budget modifications, and in March at the Geneva Motor Show there will be a presentation of the Mercedes-AMG G63 with a power plant, the power of 585 hp.

In our company you can rent many popular models of Mercedes-Benz with a driver on favorable terms. We serve one-time and corporate orders, for one car and a motorcade. To place an order, go at this link.