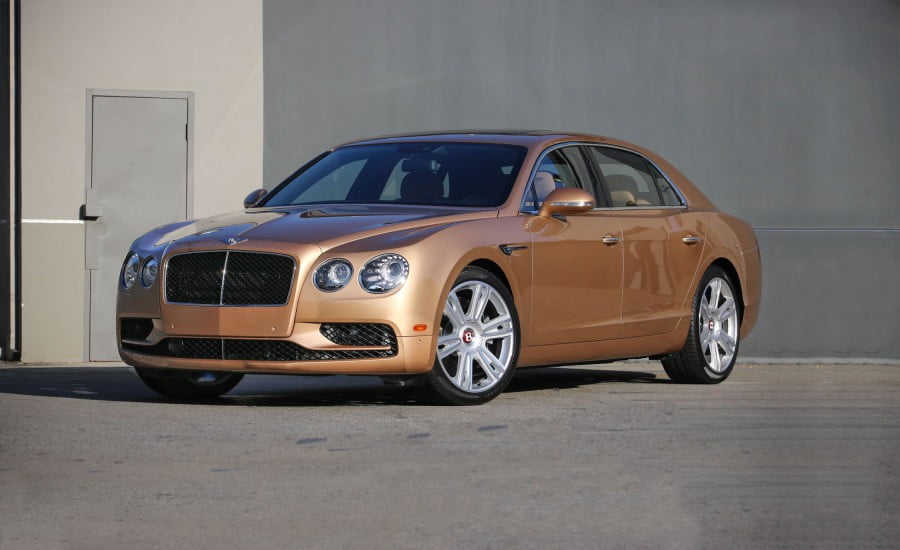 Representatives of the Bentley concern spoke about the next-generation Flying Spur sedan. The novelty is assembled on the Porsche Panamera platform and is the first model of the brand with all-wheel drive.

When considering the appearance of the new Bentley Flying Spur, common features are noticed with another brainchild of the English manufacturer, namely the Continental GT. In many ways, the style of the new sedan is similar to a luxury coupe.

Given the fact that the four-door sedan is built on the MSB platform from the Porsche Panamera, it turned out to be more massive in size than its predecessor.

In particular, it has an elongated wheelbase on 130 mm, due to which the space in the back row is noticeably larger.

Regarding technology, under the hood of the Flying Spur is the 6.0 W12 engine with two dual-flow turbochargers. Maximum power in 635 hp achieved at 900 Nm.

the transmission is represented by an eight-band automatic. Acceleration to 100 km per hour is only 3,8 seconds, and the maximum speed, according to the manufacturer, is 333 km per hour.