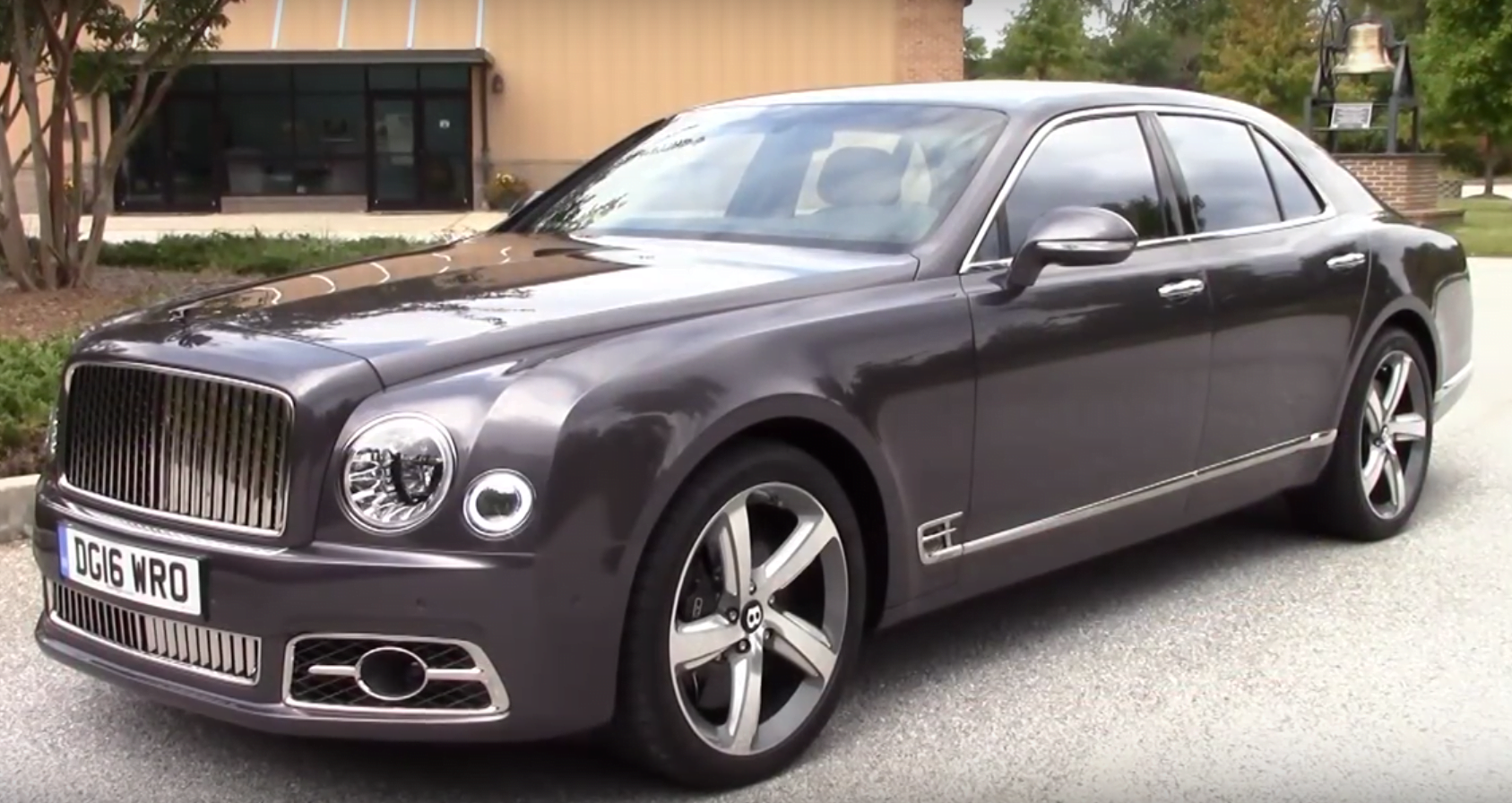 Luxury sedan. Bentley Mulsanne is a luxury sedan of a premium class from the famous British auto concern. Its production began back in 1980. The flagship got its name in honor of a small segment of the Mulsanne Straight track, where Bentley cars won brilliant victories five times.

The appearance of the Bentley Mulsanne as a prototype, some cars under the Rolls-Royce brand were chosen, especially a lot from Silver Spirit. Bentley Mulsanne was produced in only one body. At one time, the refined sedan became the epitome of luxury, the hallmark of Bentley. In 2010, the second generation Mulsanne was released. The car replaced the obsolete Bentley Arnage. The engineers of this auto concern had to work hard and the car was a resounding success. In 2016, it became known about the upcoming restyling of the Bentley Mulsanne, the results of which were later shown at the Geneva Motor Show.

More gloss Mulsanne appearance has become more modern and vibrant. An expressive detail here is the radiator grille, which catches the eye with its clear geometry of vertical elements. It has become larger and more chrome than before. New LED headlights provide perfect night-time visibility, automatically adapting to the environment. Needless to say, the lighting is designed in accordance with the latest achievements in this field.

In addition to appearance, the developers took care of the comfort of passengers. For this, the interior trim has been improved. Technical parameters The car received a V-shaped eight-cylinder engine with a volume of 6 cubic centimeters. This gives the car 750 bhp. and a top speed of 512 km / h. The first hundred kilometers can be overcome in a short 296 seconds. This impressive vehicle power is complemented by a newly designed chassis. They closely interact with the active engine mounts, as well as the suspension bushings. Modified tires completely absorb noise, allowing passengers to enjoy a stable silence even during the fastest ride. This is also facilitated by a special soundproofing material, which is part of the interior design.

It takes at least three weeks to assemble a Bentley Mulsanne car. A significant part of this time will be spent on creating a comfortable cabin. Leather upholstery and wood parts are made individually for each machine. That is how the proper level of build quality is achieved.