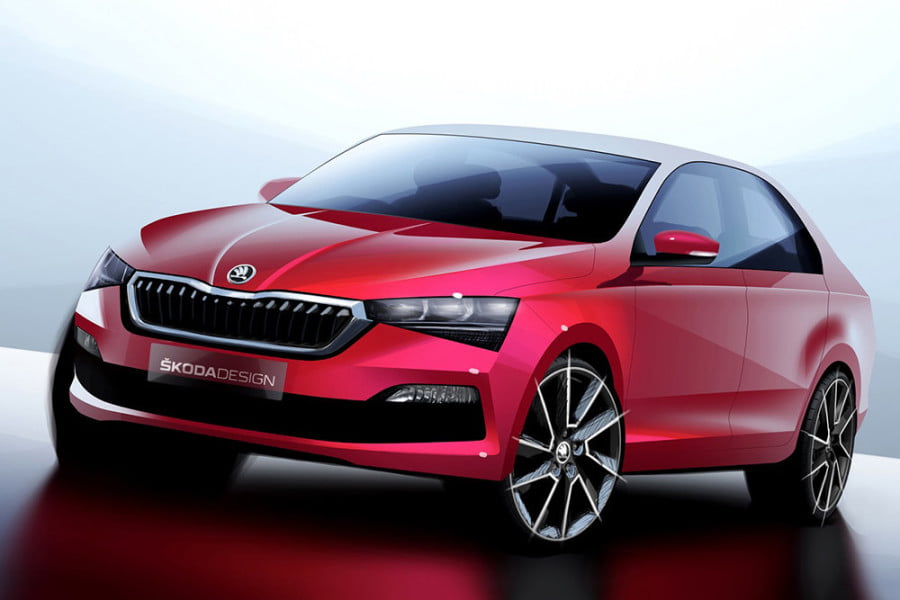 At a special event, Skoda unveiled the second generation of the Skoda Rapid liftback for the Russian market.

The car will use narrow lights, arrow-shaped headlights, an 6 carbon-shaped radiator grill. On the trunk lid is inscribed Skoda. The car interior is equipped with a touch screen display in the form of a tablet. In general, it can be argued that the new Rapid was released on the outline of the European hatchback Scala.

In terms of technology, the novelty will come with an 1,6-liter gasoline engine. The remaining indicators are still classified. It was previously said that the second generation Rapid will be available with a new naturally aspirated engine. In addition, a version with an 1,4-liter supercharged engine is expected, which will work in tandem with two clutches and a seven-speed robotic gearbox.