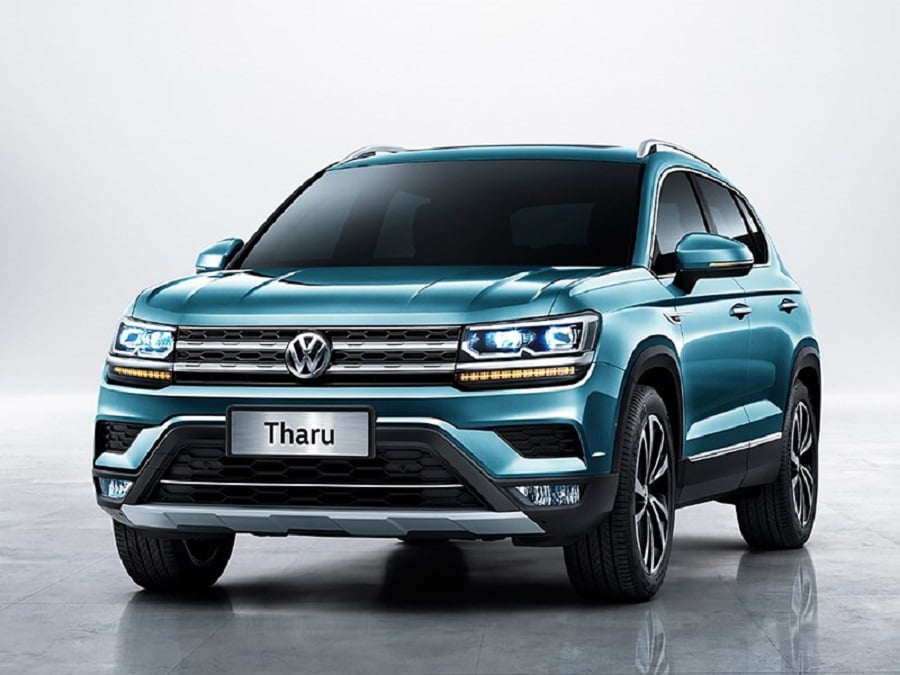 Volkswagen has announced its readiness to start mass production of the low-cost Tharu crossover, which is specifically made for emerging markets such as China and Russia. The manufacturer has published the first photos of the novelty.

Actually, the serial version of the crossover is a copy of the concept of Volkswagen Powerful Family, shown by the company in late March in Beijing. And in the profile of the car is similar to Skoda Kodiaq and not by accident. It was with the Czech crossover, or rather with its version for the Chinese market with a stretched wheelbase was built VW Tharu. However, the designers completely remade the rear and front of the car, which is now in line with the style of Tiguan.

The technical parameters of the new model are not yet known, except that the crossover is built on the modular MQB platform. According to unofficial data on the Chinese market Volkswagen Tharu will arrive in two versions with 1,2- and 1,5-liter turbo engines on 115 and 150 hp. respectively. In Russia, there will probably also be a version with an 1,6-liter atmospheric power unit, whose production is already deployed in Kaluga.

Production of Volkswagen Tharu in China will start in August this year at JV SAIC-VW. In Russia, the assembly of the machine will be adjusted closer to 2020 year. In the Russian market the crossover will occupy a niche a step below the VW Tiguan, that is, it will actually replace the Skoda Yeti, which was withdrawn from production.