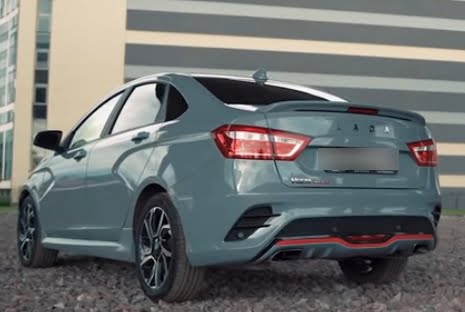 2020 has been a particularly difficult year for auto manufacturers. But, despite the crisis in the industry, some carmakers decided to please with new products.

AvtoVAZ continues to experiment with paint options for cars. Lada Vesta in a two-color version has begun to be delivered to dealerships. On these cars, the rear-view mirror housings and the roof are painted in contrasting black. The cost of the option is 16 rubles. It is available for all modifications and bodies.

In honor of the 10th anniversary of the St. Petersburg plant "Hyundai Motor Manufacturing Rus", Hyundai has released a limited edition of the Solaris model. The difference from conventional cars of the series lies in the chrome-plated radiator grille and “anniversary” nameplates. For the car, only a 1,6-liter engine is available. But the gearbox can be chosen, both a manual gearbox and an automatic one are offered.

The updated version of the hatchback Rio X-Line was renamed the Rio X. Now the car has embossed bumpers, linings on the wheel arches and sills, different fog lights and a modified radiator grille. The multimedia system was also upgraded. The technical attitude remains the same.

The French company launches the second generation of Partner commercial vehicles. New cars are equipped with diesel 1,6-liter (90 HP) and naturally aspirated gasoline of the same volume (but already 115 HP) engines. The carrying capacity of the vans is 732 kg, and the length is 4380 mm and 4628 mm (L1 and L2, respectively).

The Japanese automaker announced the imminent start of sales of the new CX-30 compact crossover. The car will be offered in 3 trim levels, but only one engine will be available - the 150-horsepower Skyactiv-G. The motor is equipped with two gearboxes: a six-speed automatic transmission or a manual transmission with the same number of gears. There are also two drives: front and full. As for the prices, the company has so far announced the cost of only the average configuration. It will amount to 1 rubles.