Received a photo of the new Ford Focus from road tests 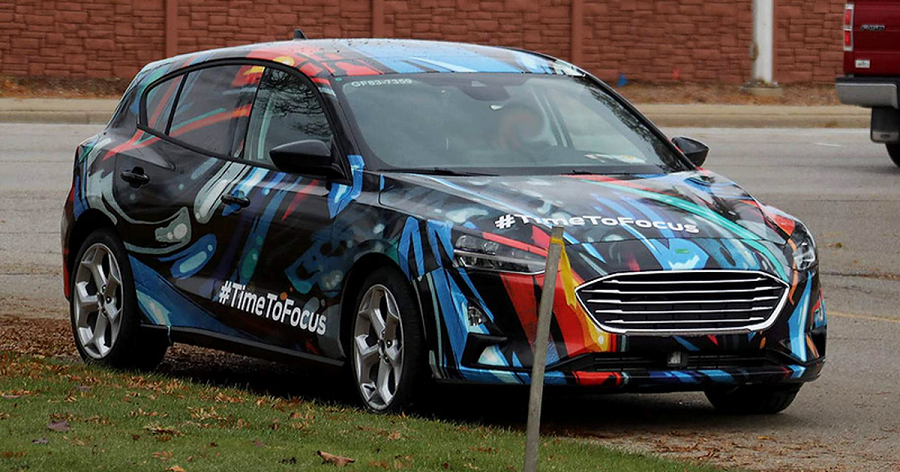 The company Ford finishes testing new generation hatchbacks on the track and every day the secrets about the novelty are getting smaller. Paparazzi managed to photograph the car almost without camouflage.

The car will be made on a new platform, the premiere is scheduled for early next year, most likely the first time the new Focus will be seen in January at the Auto Show.

The heritage of generations in the model will remain only in the front, and even then only affects the size and shape of the radiator grille. Based on the received photos, Ford Focus will be equipped with fully LED headlights.

It will have a lower ground clearance, wider rear racks and a more dynamic silhouette. According to unconfirmed reports, the interior of the new "Focus" saloon will be decorated in the "Fiesta" style.

The new generation Ford Focus is made on a new modular platform, thanks to which it was possible to increase the wheelbase almost at 50 mm and to make the cabin more spacious without damaging the length of the car.

The new hatchback will receive a wide range of engines, the main among which will be a three-cylinder turbo-engine of various levels of forcing. Also, the car of the French brand will be produced with a hybrid and fully electric power plant.