The first electric car Toyota bZ4X will be small-scale? 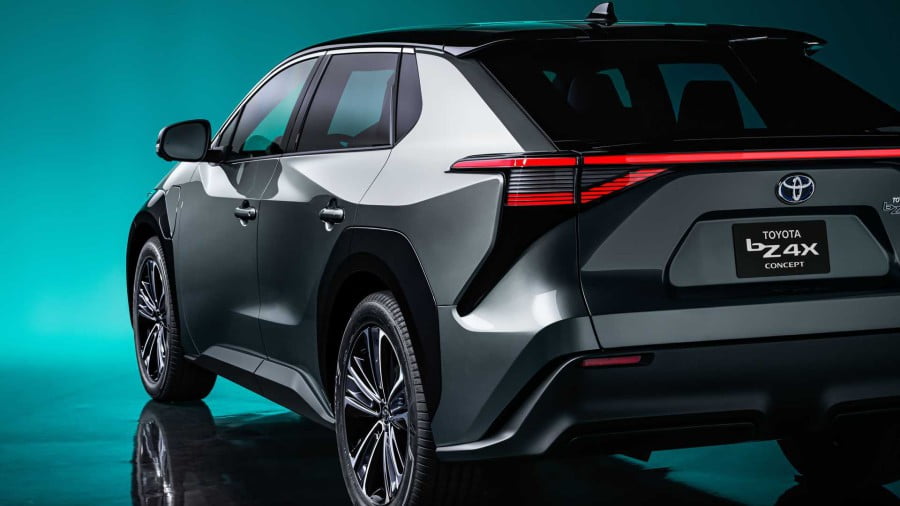 While Toyota has a reputation for being a hybrid car maker (it was the first to offer hybrid cars to consumers), the brand does not intend to ignore the fact that its competitors are betting on all-green cars. Representatives of the company announced their intention to release an electric car. The novelty will enter the market, according to preliminary data, in the first half of next year. A small SUV will be available to motorists, which Toyota has dubbed the bZ4X.

Recall that BZ4X has already been presented to the expert community. The concept car was shown in the spring of 2021 at the Shanghai Auto Show. In the same place, the manufacturer announced that this model will be one of 7, which will be released within the bZ series by 2025. By the way, the slogan “below zero” is behind the corresponding designation, which translates into Russian as “beyond zero”. In this way, Toyota is focusing consumers' attention on its commitment to caring for the environment.

For the construction of a compact SUV, the e-TNGA platform was chosen as the base. This is a Japanese development, which many auto concerns in Europe are interested in. It is she who will become the basis for the electric car, which, most likely, will become small-scale. That will make him, at least for a while. This information was shared with the world by the general director of the European branch of Toyota. According to him, a brand new SUV for the company will become a benchmark in the production of cars that could fully comply with the new environmental standards of the EU.

What price tag will be hung on the compact electric RAV4 is still unknown. However, no matter how much the manufacturer settles on, his brainchild has a good chance of becoming dominant in its segment.