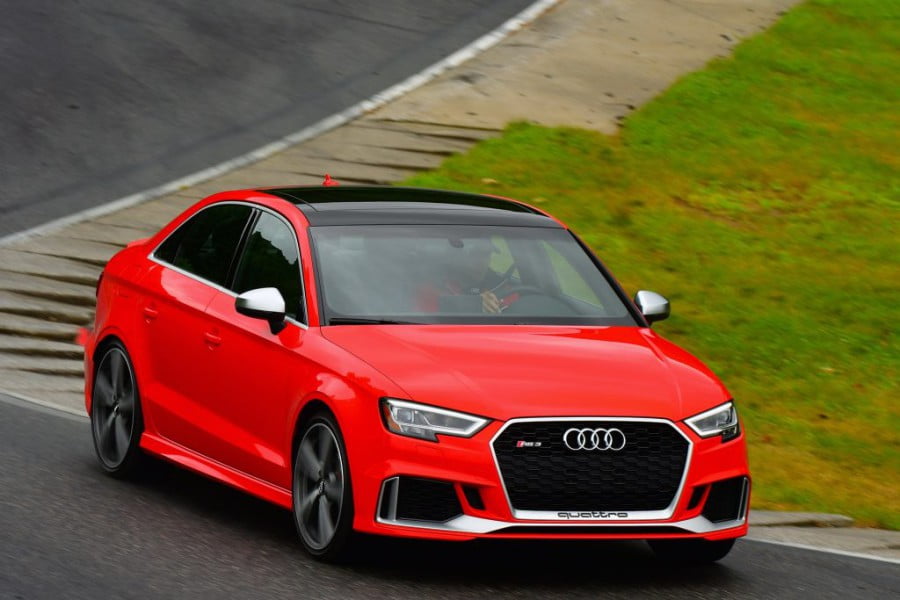 In the family of “charged” Audi RS3 models there will be an inline “five” with turbocharging, 2,5 liter capacity. However, it is modified in accordance with environmental standards, adding a moderately hybrid add-on.

According to German Autobild, the third-generation RS3 will use the 48-volt hybrid system previously installed on the RS6 station wagon, RS Q8 crossover and RS7 liftback. Analysts also predict an increase in the power of the five-cylinder engine with 400 hp. up to 410 hp, which will allow the car to keep within 4 seconds when accelerating from standstill to 100 km / h.

Regarding the appearance, the novelty can acquire a proprietary hexagonal radiator grill and angular headlights like the dorestyled RS4 Avant.

Also, spy shots showed that the new car, unlike its predecessor, will be wider. According to preliminary information, the Audi RS3 will not be shown until the end of 2022.