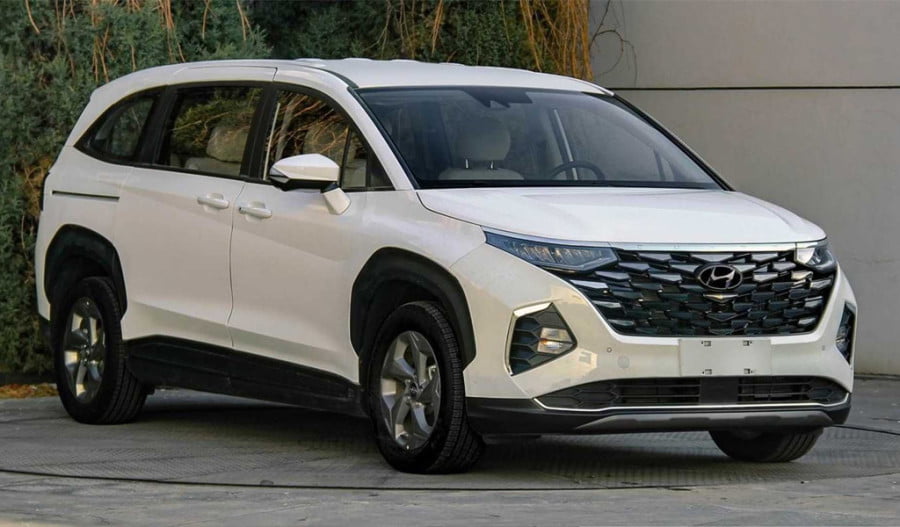 Auto concern Hyundai Motor has ceased to hide the "appearance" of its new Custo. The full-size van, named, as many might have guessed, in honor of the notorious Jacques Cousteau, became a joint project of Hyundai and Motor BAIC. The car was first announced last month. We didn't have to wait long for the first official pictures of the car.

Having studied the photos published on the network, it is not difficult to notice that the designers tried to focus on the voluminous body, the prominent "nose", as well as the easy-to-use doors (based on the sliding system). As for the technical characteristics, there were no surprises here. Custo has been provided with a three-core layout.

The first model to go on sale is a 7-seat van. Only after it will a full-fledged presentation of a more elegant modification take place. This is a model in which the second row seats are divided (in other words, there are 6 seats in the cabin). This is how the engineers were able to realize the idea of ​​creating "captain" chairs (equipped with armrests). Custo stands out from its predecessors due to the aforementioned sliding doors. The corresponding system allows you to maximize the opening (up to an impressive 715 mm).

As for the general style of the brainchild of Hyundai, here the manufacturer decided to stick to the old trends: the front of the car is complemented by a large radiator grille. Interestingly, the latter is conditionally part of a whole block, in which daytime running lights are mounted. Not without wide LED taillights (as before, they were stretched across the entire width of the body).

With its dimensions, Hyundai Custo is significantly inferior to Kia Carnival, with which, by the way, it shares the same architecture. The width of the machine is 1850 mm, the length is 4950 mm, and the height is 1734 mm.