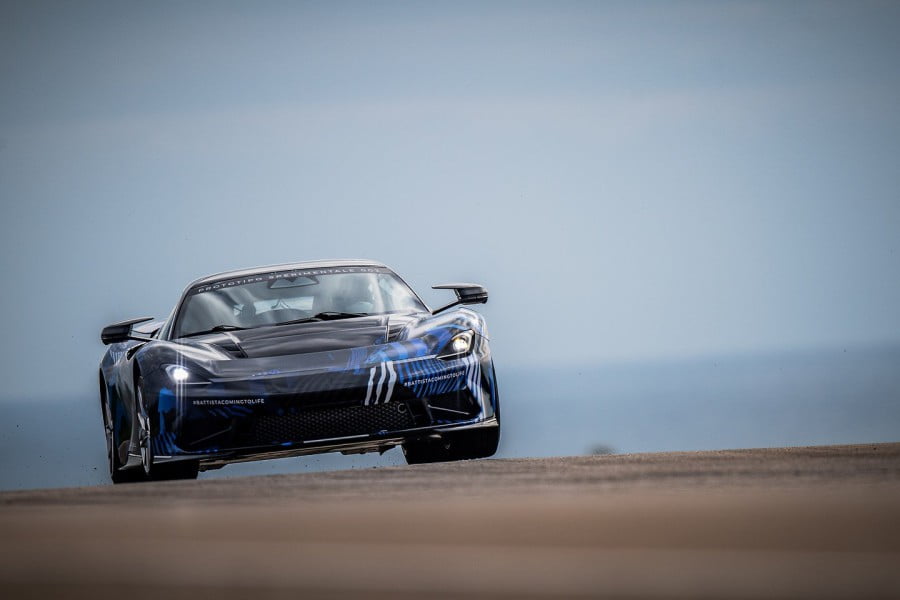 The prototype of the hypercar was presented to the world by the Italian brand in 2019 (as part of the Geneva showar). Even then, it was clear that the future electric car would be very different from what the average motorists were used to. Once again, this was confirmed when the manufacturer decided to reveal all the cards, to tell more about his new brainchild.

The official presentation of the Pininfarina Battista was held in a classic format, with pictures and videos of the car published online. Recall that the unique Battista hyper GT will be mass-produced. Before entering the market, the car will make its debut in California, where "Car Week" (one of the most important events in the industry) will take place soon.

The Battista hyper GT is a novelty that the Italians have equipped not 1 or a pair, but as many as four electric motors. At the exit, they give out as much as 1900 "horses" (in total). This, in combination with a capacious battery, allows the car to reach 100 km. per hour in just 2 seconds. On a single charge, the car is able to overcome as much as 450 km. Battista hyper GT can boast of such impressive technical characteristics, also thanks to the Rimac brand. It was he who provided the Italian company with his powerful power plants.

The extraordinary hypercar will be presented in California along with another car produced under the same brand. We are talking about Battista Anniversario, who, like her sister, has a few trump cards up her sleeve. This model boasts improved aerodynamics, a complete set of special parts that make its profile more dynamic. You won't be able to find original cars in regular showrooms. They are produced in limited quantities. All collected copies have already found their owners. It is not difficult to assume that among them there are the richest people on the planet, collectors.