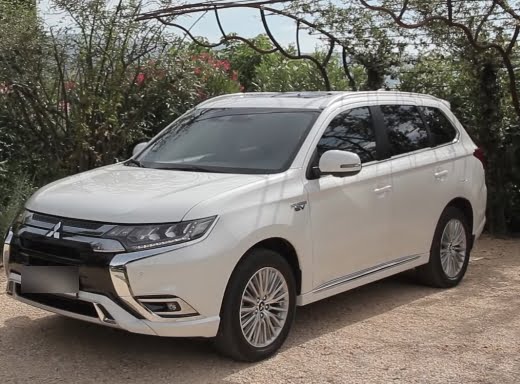 Already at the end of this - early next year, sales of the new fourth generation Mitsubishi Outlander will begin in Japan. And the new product will enter the North American market, which is most important for the concern, in the second half of 2022.

The third generation of the SUV is a long-liver. The model has been produced since 2012. In Mitsubishi itself, the update was planned much earlier; back in 2016, the GT-PHEV show car was presented. But then the company became part of the Renault-Nissan concern, where they decided to unify the project with corporate platforms. And in February, the Mitsubishi OutlanderIV model was shown for the US market. And more recently, the presentation of the hybrid version of the Outlander PHEV took place.

The manufacturer still hides detailed information about the new model. Only teasers and very few technical details are available. It is noteworthy that one of the teasers clearly shows the charging connector.

Now we can only confidently say that the hybrid installation will be completely new. The car will be equipped with more powerful electric motors and a battery with increased capacity. At least that's what company officials said. Thanks to this, the car will be able to travel a greater distance on a single charge, and the dynamic characteristics of the car will also improve.

The base will be the same platform on which the Nissan X-Trail / Rogue crossovers are now being produced. Thanks to this decision, the Mitsubishi Outlander PHEVIV will receive an additional seven-seater version, while the current third iteration has only a five-door version.

There is speculation that the new version of Outlander will receive the same e-Power hybrid setup that is currently being installed on the Nissan X-Trail. Its main feature is that the gasoline engine is not connected to the wheels in any way and is used only as a generator for recharging batteries.