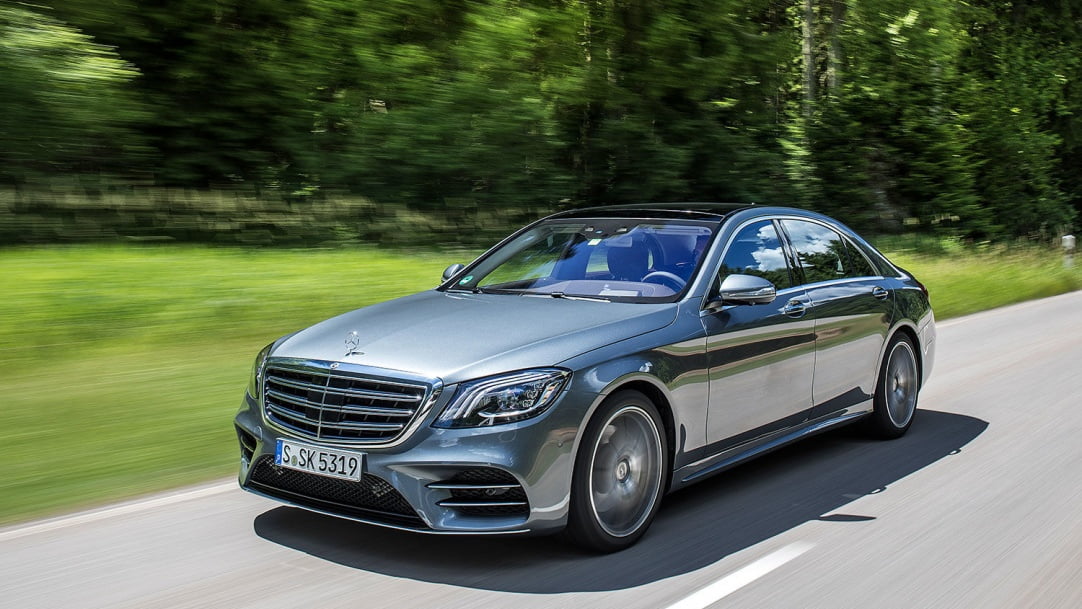 The other day, Mercedes-Benz Corporation has officially confirmed domestic prices for the updated S-class flagships, which were demonstrated at the Shanghai motor show. In particular, now large and stylish cars with a fierce look can brag of independent driving on the road within the same lane. Among other things, the new creations of Mercedes-Benz can qualitatively analyze the signs of speed limits. Well, of course, you should not ignore the updated line of powerful and reliable engines.

The management of Mercedes-Benz decided to show first the S 450, and then brought to mind the S 350d, S 400d 4Matic and S 560 4Matic, respectively. The cheapest modification S 450, which will be equipped with a three-liter V6 petrol system with rear-wheel drive, will cost the potential buyer more than 6 million rubles. For this fabulous money, the driver will receive 367 horsepower and a full forcemeat in the cabin, which, in principle, is understandable. For an all-wheel drive system, Mercedes-Benz will ask for another approximately 240 thousand rubles.

Next up is the brand new S 350d of the 4Matic class. When you agree to part with 6 and a half million rubles, a car with an in-line diesel six of 2,9 liters will be waiting for you. Power characteristics stopped at around 249 horsepower. Add 200 thousand more to the above amount, and you can proudly call yourself the proud owner of the S 400d 4Matic modification. The engine is the same, and the horses under the hood can already be counted 340.

All fans of Mercedes-Benz products will clearly be delighted with the aggressive and harsh S 560 4Matic. Here we get such incredible characteristics at the output that you can immediately recall the greatness of the very W126. In particular, customers will be waiting for a figure of eight with a volume of 4 liters, which produces 469 horsepower without much effort. Such a car and the corresponding price - as much as 8 million rubles. And if it seems that Mercedes-Benz representatives have already revealed all their cards regarding the updated S-Class line, then the list goes on. In particular, the very popular Mercedes-AMG modification S 63 4Matic + boasts 612 horses and an “attractive” cost of 9 and a half million rubles.

Two cars from the Mercedes-Maybach division can be considered cherries on a German cake. They became S 450 of the 4Matic variant, which will be given to you for 8 million, and S 560 4Matic for 10 million, respectively.