Updated Mazda6 - a hint at the premium class 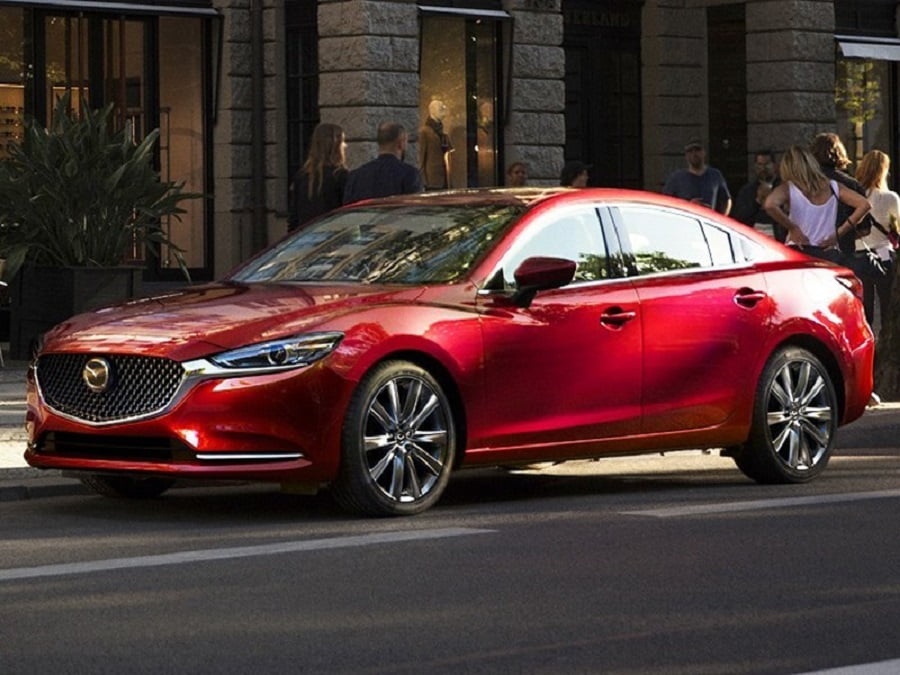 At the motor show in Los Angeles, the public was presented with an updated sedan Mazda6. Representatives of the manufacturer repeatedly used the term "flagship" for this model, despite the fact that in the production line there is a more spacious and expensive crossover CX-9.

It becomes clear what they are hinting at - sales from the Japanese are far from desired, although the company managed to overcome the financial crisis. And if in the mass segment it was possible to attract a lot of customers, why not repeat the success among fans of more expensive cars? After all, you can earn more on the sold model in the premium class than in the rest.

Among the upholstery of the new Mazda6 saloon, the Japanese white nut now flaunts, and the interior design itself has seriously changed.

The front panel is made in the style of minimalism by analogy with the concept of the Mazda Vision Coupe. The minimum number of buttons - only sensors, and in expensive versions on the panel there is a speedometer with minor scales.

The seats received a modified form and a new packing, the noise insulation index of the cabin was improved, the new screen of the multimedia system was of high quality, the option of the circular video review system was added. The salon of the most expensive version of the "Signature Six" is trimmed using Nappa leather and the same white nut.

At the same time, the exterior of the sedan remained the same, the changes concerned only the shape of the bumper and radiator grille, expensive versions were equipped with LED headlights.

The power plant in the top modifications is presented by 2,5-liter turbo engine Skyactiv-G 2.5T (253 hp), running on gas Ai-98. Representatives of the Japanese concern claim that the engine will work on Ai-92 fuel, but with a slight loss of power - up to 230 hp. In the line of motors there is also a heavily modernized atmospheric engine, the power of 192 hp.