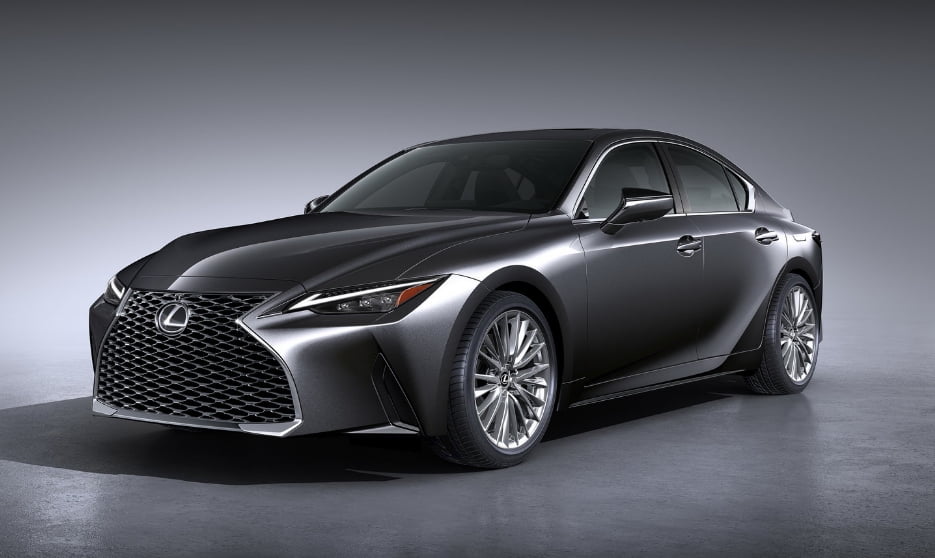 The debut of the new Lexus IS should take place in June 2020. But there was a leak of exclusive photos of the car and its appearance was learned the day before the official presentation. However, these were just pictures. Now the manufacturer has nothing to hide and he provided all the information about the car.

The appearance of the new generation was known in advance. Of the most remarkable moments, it is worth highlighting: stern lights connected by an LED strip, a modified pattern of the grille and bumper. Successfully on the model look 19-inch wheels BBS. The shape of the headlights has changed. Now daytime running lights have acquired the appearance of checkmarks.

As for internal changes, they are practically not observed. The engine remains the same as in the previous generation. The suspension was significantly lightened, where springs, levers and anti-roll bars began to weigh less. A 6-speed automatic will be installed on rear-wheel drive models, and an 8-speed automatic for versions combining all-wheel drive.

Above the salon, too, no radical transformative work was carried out. By standard, each model is equipped with an 8-inch display. If the consumer makes a surcharge, then they replace him with 10.3 inch. Traditionally, software such as Apple Car Play, Android Auto, and Amazon Alexa continue to be supported. The Japanese company did not abandon the touchpad on the central tunnel.

Cars are not yet on sale. According to manufacturers, Lexus IS will be available for motorists closer to the end of 2020. The final price continues to be kept secret.

Recall that the previous generation has been produced unchanged since 2013. Now it has been removed from sale. Russian dealerships no longer offer cars for purchase.