New Cadillac Escalade lit up on the official photo 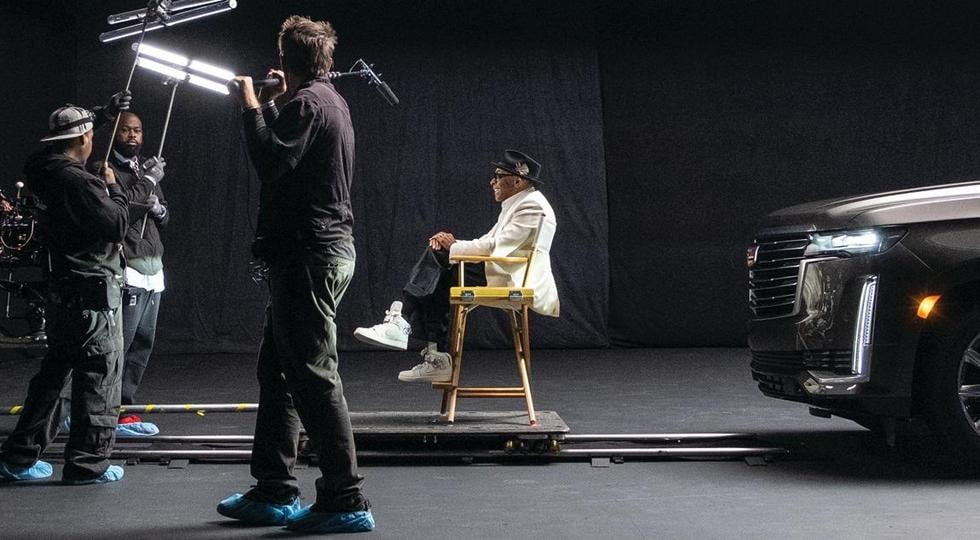 Many believe that the new generation Escalade will "move" to a completely new platform. These thoughts are not so far from the truth, because the car will have up to two design options for a radiator, headlights, bumper, and no less important is a sick screen in the cabin.

This turn of events was no secret to anyone. The leak of December spy shots on the Web with the new generation of Cadillac depicted on it made it clear what kind of product should be expected from an American company. A recently appeared photo of the front of the car completely dispelled doubts. Presentation of the Escalade-2021 will be held in Hollywood on February 4.

The idea of ​​the duality of the type of grille was born on the basis of the analysis of two photos of the car. Actually, the first December photo merged clearly shows that the radiator grill of the car is presented in the form of “matte” strokes. A different situation developed after the appearance of the official photo of the front end: instead of shrikes, matte strips appeared. There was a rejection of the vertical headlights, one "verticality" is maintained by the vertical running lights of the car.

The new Escalade-2021 is quite similar to the Chevrolet Tahoe / Suburban and GMC Yukon SUVs, which leaves no doubt that the “new generation” will be based on the T1 platform. Generational change often gives an increase in the size of SUVs. It seems that a similar trend will affect Cadillac.

Preliminary data indicate that the car retained the gasoline "aspirated" V8 6.2, and even received a significant increase in its power. There is also talk about the presence of the Duramax 3.0 six-cylinder turbo diesel in the new model. Now we can only guess about it.

The Russian automotive market is eagerly awaiting the appearance of the Cadillac Escalade, hoping that this model will be able to once again actualize everything that Russian motorists love Caddilac for.