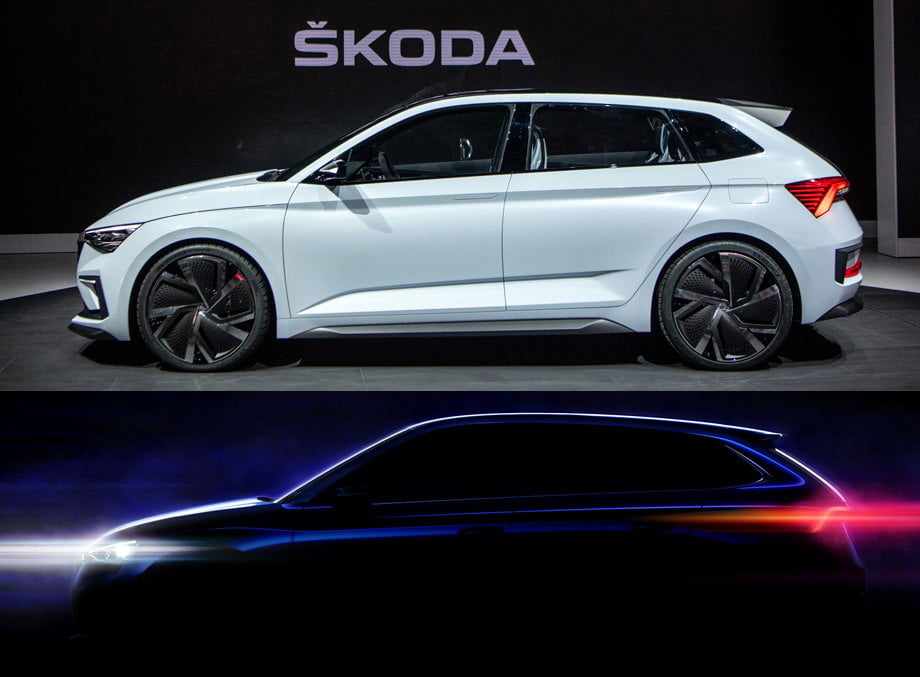 Czech Skoda introduced a new hatchback with a high-profile name Scala. The novelty will be available in large sizes for its class - from the dimensions of the body and space in the cabin, to the diagonal of the on-board computer monitor. In addition, the car connects to the Internet and by design is somewhat reminiscent of a domestic Lada car.

Surprisingly, the novelty really came out large and in many ways came close to the Octavia model. For example, the volume of internal space for both models is the same, and the trunk of the new “Rock” is only marginally lacking to the value of “Octavia”. By the way, the volume of her trunk is 467 l, and can increase to 1410 l with the rear seats folded.

In design, the new car largely repeats the touches of the VisionRS concept. It is noteworthy that the company decided not to put the logo on the trunk, now the name of the model is written on it in big letters, similar to Lada cars. As for the interior of the cabin, motorists here are waiting for absolute hi-tech. It is worth mentioning that the car is equipped with a virtual instrument panel (the largest among the "classmates") and a mobile communication module. By the way, the future owners of "Skala" will be able to use many functions of the machine through a mobile application.

Technical equipment remained standard. The car is assembled on the MQB platform, and four power units are provided in the motor line. The basic versions will receive modifications of the 3-cylinder engine with a volume of 1 l with a maximum power of 95 hp and 115 hp respectively. By the way, the car will not have a hybrid version, but it will have a diesel engine with an 1,6 liter unit (115 hp). The turbocharged four-row unit with a volume of 1,5 l and a power of 150 hp will become the main engine in the model.