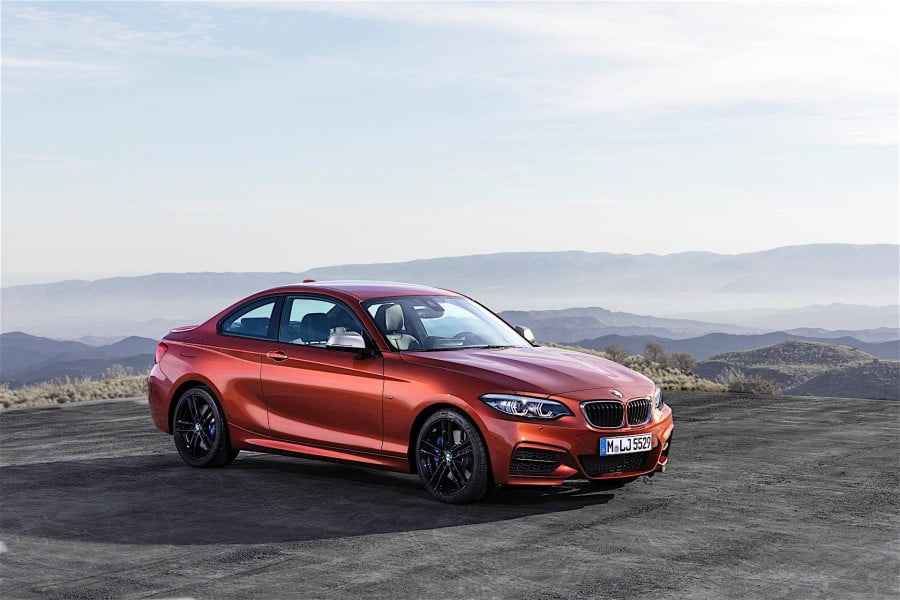 The new generation of cars was presented by the BMW 2-Series Coupe. Its predecessor, the 1-Series, was released back in 2013. Changing the indicators to the G42, the ultra-compact kupeshka has increased in size and has been completely modified both from the outside and from the inside.

Thanks to this size of the coupe, the prototype of the second series became more energetic and stiffer by as much as 12%.

From the vertically elongated headlights, the manufacturers moved away and presented the second version with an opposite design, which did not appear in any BMW car. The BMW 2-Series now has LED eyes. Small subtleties from designers to make the image epic like that of a BMW 1602 60s coupe, and the landscape of the hood became a phantom M3 E46.

The cabin is wider, but the design is similar to some modern BMWs. In the original configuration, the "two" acquired climate control for 3 zones, a 7-inch display. In the new version, the entire dashboard acts, a 10,25-inch media system display.

The 2 version will appear on the BMW 4-Series car market. There is no manual transmission. The 2-Series has an eight-speed automatic transmission. All modifications of the BMW coupe, excluding the top-end, are temporarily presented only with rear-wheel drive. The most profitable 220i has a 2-liter gasoline, 4-turbocharged engine with a capacity of 184 horsepower.

The assembly of the BMW 2 Series is handled by the BMW plant in Mexico. The new product will be sold on the Russian market next year. The approximate price is from 3370000 rubles.