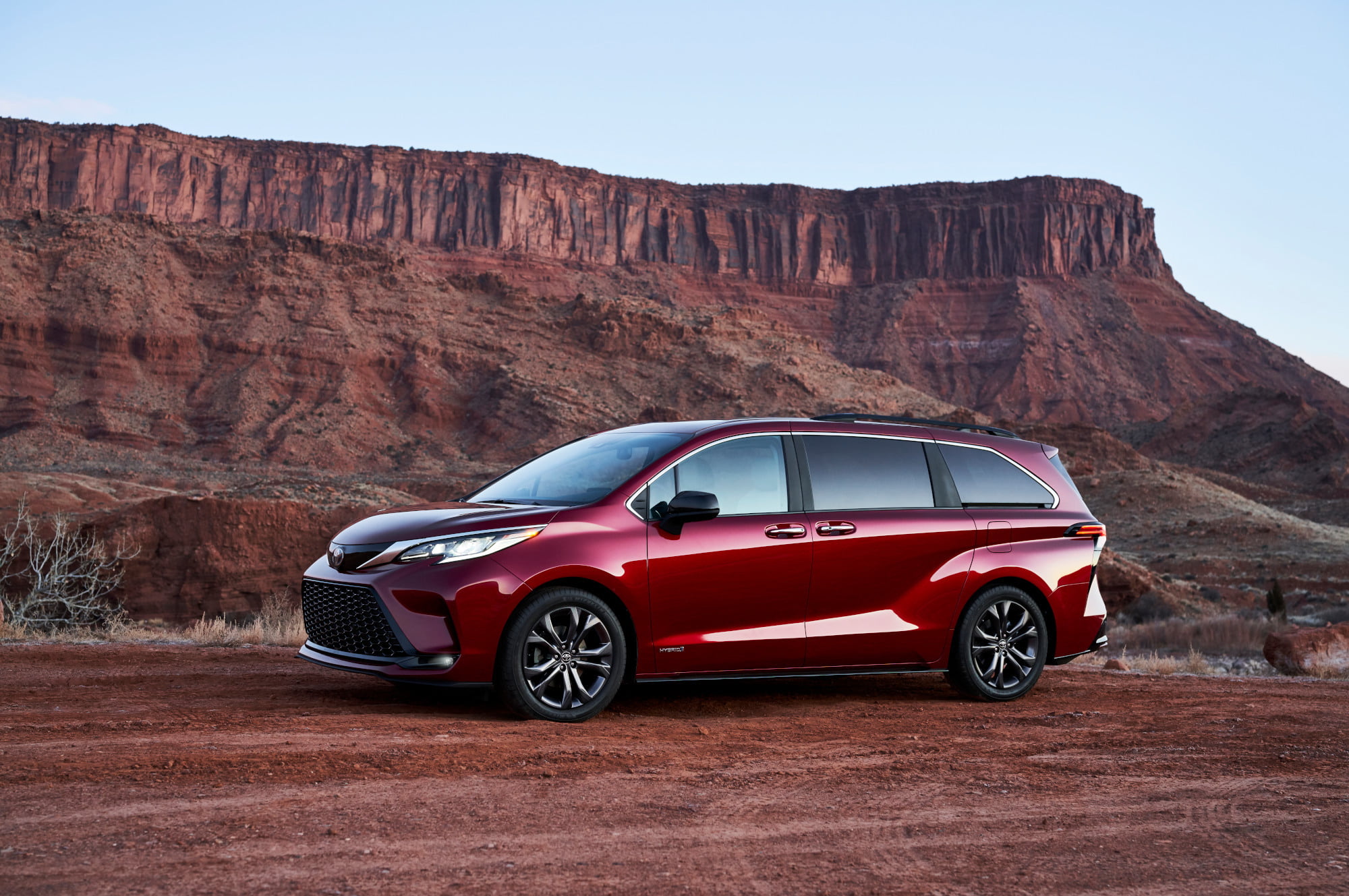 Toyota has a car model that is not manufactured in Japan, but exclusively in America. Distribution of the model is carried out in the United States and Canada. However, it is not refused in Mexico and even in South Korea. Talk about Toyota Sienna, which this year will represent the new fourth generation. The plant produces it under the index XL40.

There was once an idle rumor among motorists that Toyota cars have a boring design and no aesthetics. Toyota Sienna may not be perfect in terms of appearance, but at the same time it has its own personality. Californian engineers at CALTY studio laid their mark on the model’s image. Sienna has interesting solutions: the front part is decorated with high-quality plastic framing, a volumetric air intake was provided for the bumper.

Hybrid installation is another feature of the car. The gasoline engine will have a capacity of 2.5 liters, coupled with two electric motors. Say more, in this version, the company does not refuse all-wheel drive.

Sienna will operate in four driving modes: Normal, Eco, Sport, EV. With the first mode, everything is clear, this is a movement in a daily style. The second provides fuel economy and a smooth ride. The third mode is aggressive, its task is to “squeeze” all the necessary power. And the fourth mode - driving exclusively on electric traction without the use of a fuel engine.

An interesting feature is provided for the user. It is associated with shifting the transmission down. This approach provides for the gradual recharging of the battery by returning part of the energy for recycling. Convenient when riding on hilly terrain.

The previous model XL30 has been available for 10 years. The next generational change will come in handy.