Nissan offers something cooler than the new Qashqai 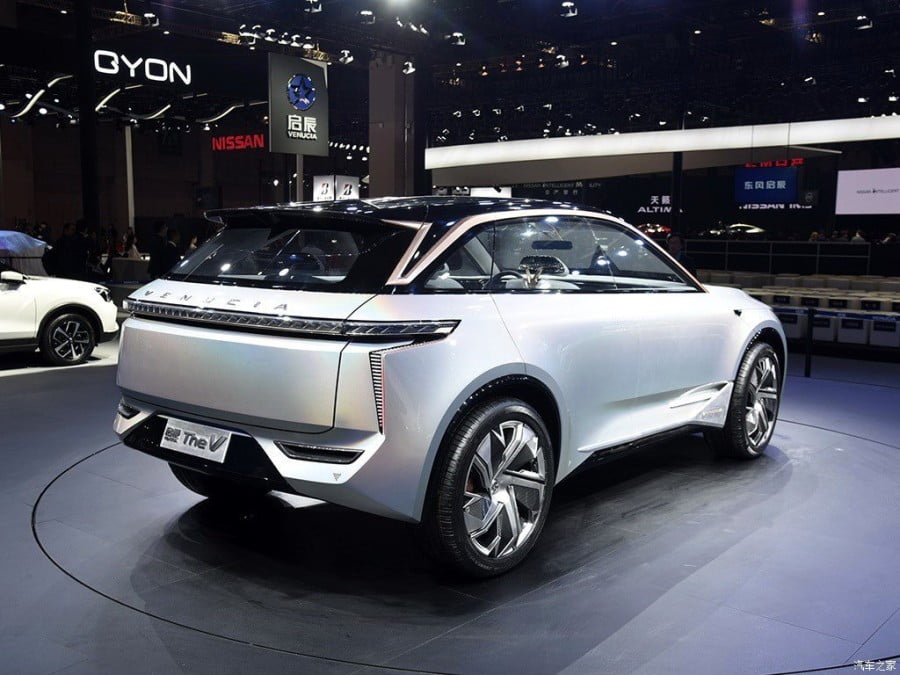 It has been 10 years since Nissan and Dongfeng decided to team up to create the Venucia brand. For some time this brand was used for the release of the face-lifting Nissan "brainchilds", but later the companies were given the opportunity to start producing their own cars (for which it was equipped with new Japanese units). The Star model became a kind of debut for Venucia. This crossover entered the market last year. His success inspired the Chinese to create another novelty. She, like her predecessor, will represent the now very popular segment of "crossovers".

The Venucia car was dubbed V-Online. It will be officially presented to the world very soon. In anticipation of this event, motorists have the opportunity to enjoy fresh teasers, information (albeit scarce) regarding the technical characteristics of the new product.

V-Online, as it is already reliably known, was built on the platform that was the base for Venucia Star. However, the dimensions of the vehicle have been changed. Its length is 4562 mm, width - 1917 mm, height - 1617 mm, while the distance between the axes is 2700 mm. The dimensions of the car are almost the same as that of the latest Nissan Qashqai.

The design of the V-Online can be described as modern, stylish, with an emphasis on the angularity of the body. The "body" of the crossover is decorated with side stampings, "squinted" LED optics, a roof spoiler, a large radiator grille. However, the main highlight of the car is hidden in its interior. We are talking about a large screen associated with both the multimedia system and the digital dashboard. In the V-Online cockpit, the driver will find a minimum of physical buttons. Instead, he will be able to use touch controls. The crossover is driven by a 4-cylinder 1,5-liter engine.