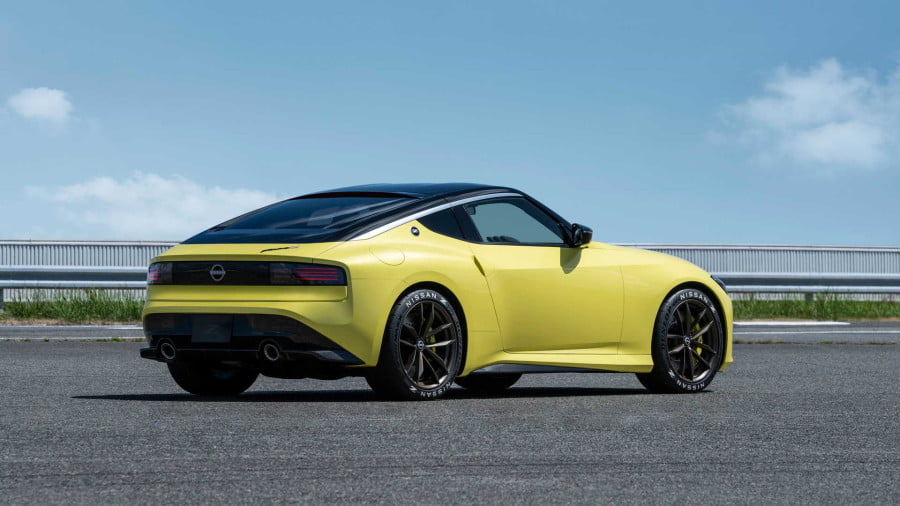 The new Nissan Z is in many ways similar to the prototype, which, we recall, was officially presented last fall. From Z Proto, the car got a rectangular radiator grille, a sharp "nose", as well as retro lights located at the back (although for the sake of fairness it should be noted that they are not 100% due to the built-in LED elements). The car will conquer the modern market in two versions: Sport and Performance. These versions differ from each other only in design style. The main highlight of the Z Perfomance, in particular, is a thin spoiler located at the back.

Inside the Nissan Z, you can see a harmonious combination of modern technology and references to the models that preceded the new product. With its bucket seats, the car is reminiscent of the GT-R supercar. Here, the emphasis is on black restrained color. The upholstery in the Sport version is textile, while in the Performance version it is leather.

As for the center console, the manufacturer has supplemented it with analog devices (voltmeter, turbine speed, boost pressure). The hit 240Z is behind this. It was he who served as the main source of inspiration for engineers. What else attracts attention is the 8-inch touchscreen of the multimedia system (the car can also be purchased with a 9-inch display), modern navigation. In the top version, in addition to this, you can find Wi-Fi.

They built a new coupe based on the platform that the brand used for the 370Z model at one time. At the same time, the manufacturer decided to make the car body more rigid, give the car a new suspension, an electric power steering wheel (guarantees strong mechanical sensations), 18-inch wheels 248/45 (the Perfomance modification has 19-inch sizes 255/40 and 275/35 in front and behind, respectively).